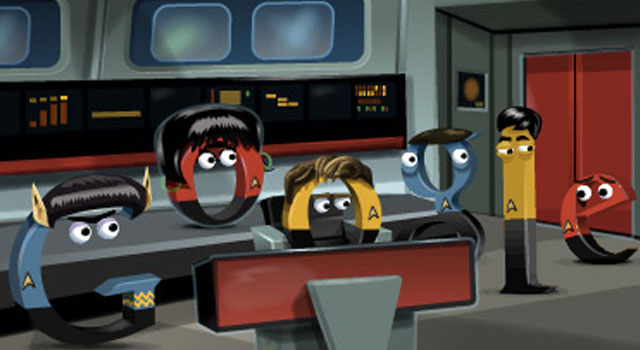 On Friday, Google celebrated Star Trek’s 46th anniversary with a special Google Doodle. The interactive doodle, inspired by Star Trek: The Original Series, features the Google letters aboard the Enterprise and allows visitors to beam them down to the surface of Cestus III to battle the Gorn.

This particular Google Doodle project was headed by Ryan Germick, who spoke to EW yesterday.

I grew up watching the original series with my dad, and I kind of realized, the guys on the Enterprise were like family friends to me. I’d watched so many episodes of the show that Spock and the others have a space in my mind like my uncles and my aunts. [I also liked the idea] that technology could be a hope for the future. It was a part of my childhood and it’s awesome to try and bring that to life on the homepage.

Check out the images below. 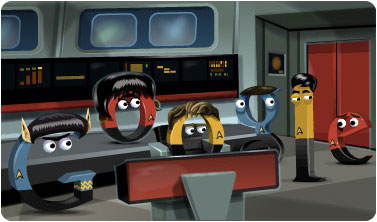 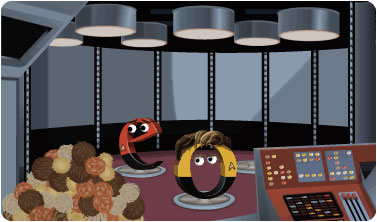 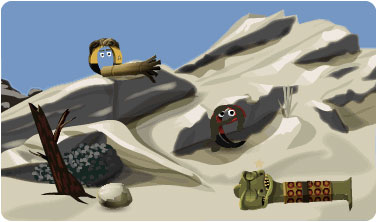 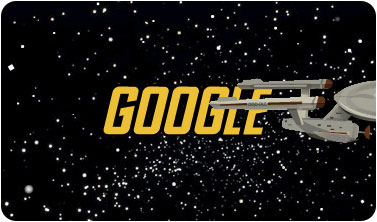 View it for yourself at google.com.