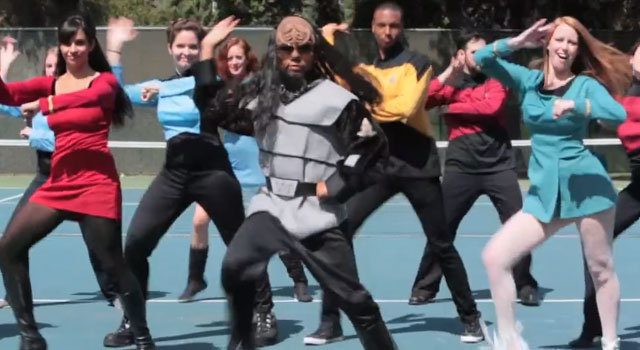 Psy, the K-Pop music sensation who recently appeared on NBC’s Today Show to perform his hit single “Gangnam Style,” is all the rage right now. While Psy’s Korean version of the song may be enough for some, it wasn’t for the folks over at Comediva, who released a parody of the song sung almost entirely in Klingon.

Special thanks to Mary Czerwinski and Lori Ricciardi for the heads up.