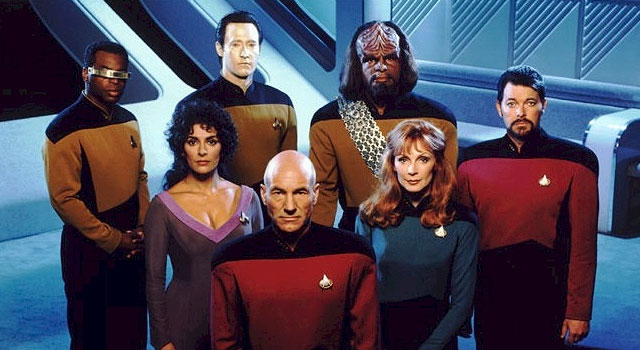 Read the press release below for more.

The series, which ran for seven seasons from 1987 through 1994, garnered 18 daytime Emmys and was a hugely successful follow-up to the original “Star Trek” from two decades earlier. The seven stars are also scheduled to appear at this month’s Austin Comic Con in what would be the first gathering of the group in the U.S. since “TNG” first aired.

Stewart is scheduled to appear on Saturday and Sunday, Dec. 1-2, while the rest of the cast is slotted for attendance all three days. Weekend fans will have the unique opportunity to pose for a photo op with all seven actors.

Other standouts on the Wizard World New Orleans Comic Con celebrity roster include comics legend Stan Lee, “Buffy the Vampire Slayer” star Eliza Dushku, Reservoir Dogs headliner Michael Madsen and WWE® Superstar CM Punk®. They will be joined by an All-Star collection of well-known artists and a variety of activities, exhibitors and special attractions in the final event on Wizard World’s 2012 calendar.