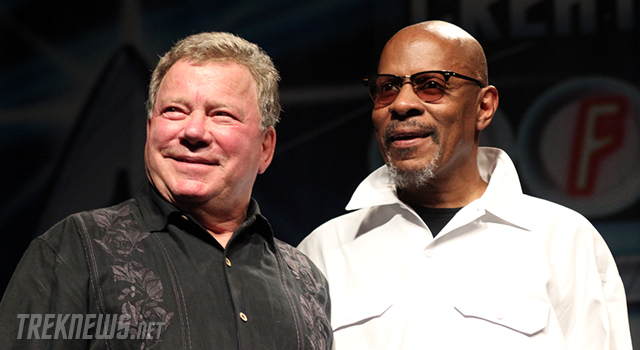 Creation plans to have over 70 celebrity guests at the 4-day event, which returns to the Las Vegas Rio for the third consecutive year and takes place August 8-11, 2013.

Our 12th Annual gathering is sure to be a record breaker with non-stop fun in the entertainment capitol of the galaxy, wonderful Las Vegas. We’re back at our “Vegas Home” the sensational Rio Suites Hotel and we’re rolling out the red carpet to welcome over 70 Star Trek celebrities and a full roster of live performances!

For Star Trek fans worldwide there simply is no other place to be, so reserve the dates of August 8-11, 2013 for us and we promise a time like no other. And, unlike EVERY other major fan convention of the summer, in Vegas you won’t have to worry about seeing what celebrities or events you want to see. EVERY attendee is guaranteed a seat in our theatre because we don’t sell ONE ticket more than the amount of seats we have. This impacts your entire stay because you won’t be fighting through endless crowds to try to enjoy your visit. No extra waiting, no extra fees to see the big names, no worrying: just fun! And in a further difference: our entire convention takes place in a comfortable, plush giant hotel, not a cold concrete Convention Center. These “Creation Differences” are the hallmark of what has made the Vegas Star Trek Convention a tradition for so many of our fellow Star Trek fans!

So come and close the door on the outside world and join us for the celebration of Gene Roddenberry’s amazing legacy to us all. Today our top of the line GOLD WEEKEND Packages are available, offering you the most upscale way to attend the convention. A high percentage of our great GOLD PATRONS renewed their seats at the 2012 show, but there are still wonderful seats available and you will get to pick your actual seat when you reserve. As our GOLD PACKAGES are always a quick sell-out please act as soon as you can.