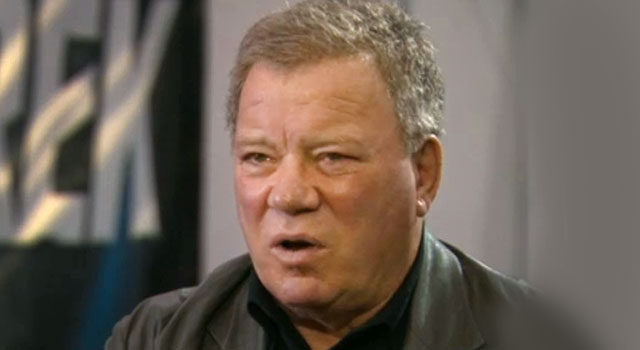 While attending last weekend’s Destination Star Trek London event as one of the headlining guests, William Shatner sat down with Stephen Sackur of BBC’s HardTalk. During the interview, Shatner discussed a variety of topics related to his time on Star Trek.

Shatner discussed reported tensions between himself and former co-stars George Takei and Nichelle Nichols and their feelings that he had a “big ego,” saying:

That isn’t so. That is their interpretation years later. Nichelle and George were people that came in for a day maybe, in a week or ten days of shooting. They were not there very often. After the show was over and Star Trek became popular they would go to conventions like this and suddenly realize “I should have had my own show,” then they began to write in books about my ego. I don’t have an ego.

Shatner went on to say:

The thing I’m most proud of is my professionalism and my ability to work with people. I never had, in three years of association with them, I never had a bad word with any of them. Especially George and Walter.

He went on to say that some of his co-stars ill-feelings toward him weren’t expressed until years later, when he was writing a book.

During the 24-minute piece, Shatner also discusses the legacy of Star Trek, breaking down social barriers through science-fiction, competition with Leonard Nimoy, his approach to acting, and more.

Watch the full interview below.