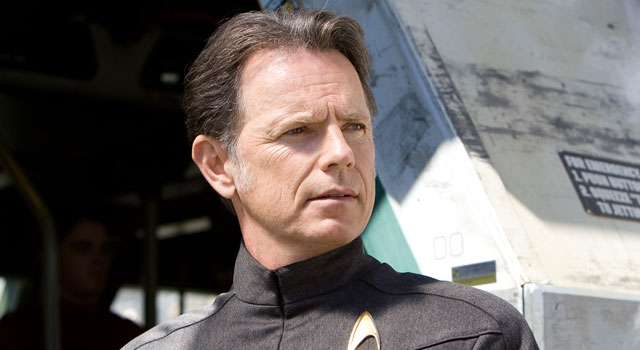 During a recent interview to promote his new film, “Flight”, actor Bruce Greenwood gave some insight as to why he and his fellow “Star Trek Into Darkness” co-stars have kept so quiet about the film.

Greenwood, who returns to the role of Admiral Christopher Pike in the film, tells Crave Online’s William Bibbiani that asking anything about “Star Trek Into Darkness” would be “a waste of air.”

Regarding why he and his co-stars haven’t given details about the film, he went on to say “We respect the audience enough. We’re not going to tell. We’re not going to spoil it for them. And we all have enough of a sense of self-preservation not to throw our careers out, you know?” Laughing, he continued by saying “You would have to pay me so much… because I woud be non grata in the industry. So you’d have to pay for my reputation. I don’t think I could come back to Hollywood with any amount of pay-off money.”

In this article:Bruce Greenwood, Star Trek Into Darkness