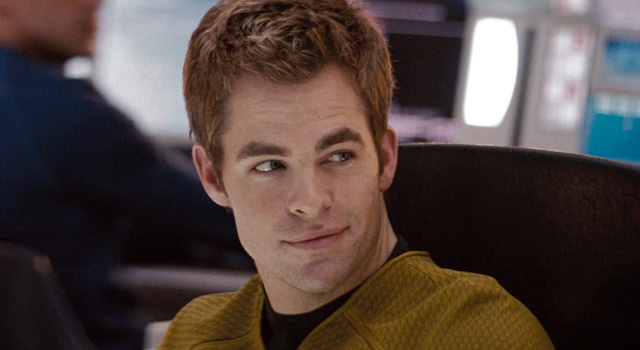 Paramount Pictures and Dolby Laboratories has announced that the upcoming Star Trek sequel will be released to theaters utilizing the Dolby Atmos technology.

According to a recent press release, Dolby Atmos is said to deliver a “more natural and realistic soundtrack that moves sound around and above audiences, transporting them into the outer regions of the universe”.

Introduced in April, the first film to utilize the audio format was Pixar’s “Brave”, which was released June.

Watch the video below for a closer look at Dolby Atmos.

Dolby Laboratories, Inc. (NYSE: DLB) and Paramount Pictures, a division of Viacom Inc., today announced at ShowEast 2012 that J.J. Abrams’ Bad Robot production of Star Trek into Darkness will use the latest technical achievements in cinematic storytelling to deliver a new experience to audiences. Star Trek into Darkness is scheduled to be released by Paramount Pictures on May 17, 2013.

Star Trek into Darkness will be released in Dolby® Atmos™ to deliver a more natural and realistic soundtrack that moves sound around and above audiences, transporting them into the outer regions of the universe. The Bad Robot Productions team will also integrate the Dolby Professional Reference Monitor PRM-4200 into its pre- and postproduction workflows.

“We are in the incredible and lucky position to have access to the latest technology, the best possible tools, and the most talented artists in the business,” said Abrams, the producer and director of Star Trek into Darkness. “We are therefore thrilled to announce that we will be employing the amazingly immersive Dolby Atmos audio system to bring the Star Trek into Darkness soundtrack to life.”

The list of theatres selected to show Star Trek into Darkness in Dolby Atmos will be made available closer to the release date.

The Dolby PRM-4200 has been at the center of the visual effects (VFX) production, having been used for color-critical VFX reviews and previsualization work. VFX producer Ron Ames reports, “The Dolby monitor allows us to see more color-accurate and higher-quality images than ever before right in our workspace. We’ve been able to dramatically streamline our shot-review process, as we have confidence that the images we’re seeing on the Dolby monitor will precisely match what we see on the big screen.” The Dolby Professional Reference Monitor also ensures that all the incredible detail and rich colors captured by cinematographer Daniel Mindel are accurately represented onscreen.

“J.J. Abrams embraces new innovations and technologies that improve storytelling. Dolby is helping the cinema industry to deliver on this vision as it has done for over four decades,” said Doug Darrow, Senior Vice President, Cinema, Dolby Laboratories. “We are excited to have J.J. Abrams use these new technologies to deliver the best picture and sound to the big screen.”

Star Trek into Darkness is written by Damon Lindelof, Alex Kurtzman, and Roberto Orci. It is directed by J.J. Abrams. Abrams will also produce the feature with Bryan Burk through Bad Robot Productions, along with Lindelof, Kurtzman, and Orci.

About Dolby Atmos
Dolby Atmos brings a powerful new listening experience to the cinema with more natural, realistic sound that truly envelops the audience. It is an end-to-end solution that helps mixers, studios, and distributors dramatically improve the audio experience. The Dolby Atmos platform makes it easy for content creators to create immersive soundscapes, and it ensures the best possible audience experience, regardless of theatre configuration or the number of speakers.

Hollywood studios including Disney/Pixar (Brave), DreamWorks Animation (Rise of the Guardians), Twentieth Century Fox (Taken 2, Chasing Mavericks, Life of Pi), and Warner Bros. (The Hobbit: An Unexpected Journey) have adopted the Dolby Atmos format, increasing the count of 2012 Dolby Atmos titles to six.
In 2013, three titles, including Gravity and Pacific Rim from Warner Bros. and Star Trek into Darkness from Paramount Pictures, are already scheduled to receive the Dolby Atmos treatment, with additional studio titles to follow.

International movie productions are currently in the works or will be started in 2013 by movie studios in China, France, Germany, India, Korea, Spain, and the United Kingdom. Acclaimed Singapore director Jack Neo’s upcoming movie Ah Boys to Men premieres in Dolby Atmos on November 6, 2012.

About the Dolby Professional Reference Monitor PRM-4200
The Dolby Professional Reference Monitor PRM-4200 offers a new standard for critical viewing applications. It renders true black levels, highly accurate dark detail, and the most precise colors at all luminance levels and in all formats. The backlight is an array of red, green, and blue LEDs that are modulated individually on a frame-by-frame basis to provide full accuracy of blacks, color, and grayscale. The LCD panel is also modulated in real time as part of the dual-modulation process. It is the first monitor to accurately display the full latitude of today’s high-end digital cameras.