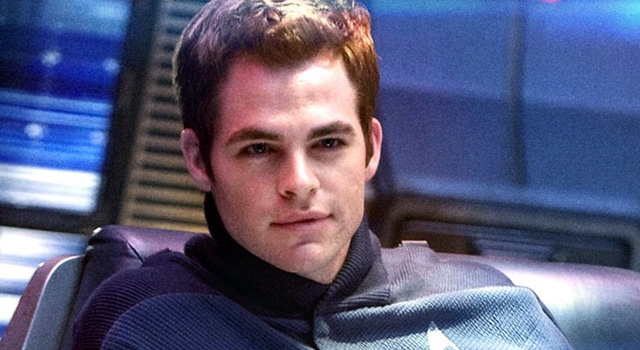 Paramount Pictures has announced that the first 9 minutes of J.J. Abrams’ Star Trek Into Darkness will appear exclusively in IMAX 3D, prior to showings of The Hobbit: An Unexpected Journey in December.

Check out the official press release below.

HOLLYWOOD, CA (November 14, 2012) – Paramount Pictures will release the first 9-minutes from J.J. Abrams’ eagerly-awaited “STAR TREK INTO DARKNESS” exclusively in IMAX 3D months prior to the film’s official release in May 2013. This first-look at the movie will play in approximately 500 digital IMAX 3D theatres beginning December 14th.

“STAR TREK INTO DARKNESS,” the sequel to Abrams’ 2009 hit film that redefined the Star Trek universe for a new generation, marks the first time exclusive footage has played in IMAX 3D and only the third time a first-look will be released in IMAX.

“Our longtime partners J.J. Abrams, Bryan Burk and the Bad Robot team have really hit it out of the park – the footage is absolutely incredible,” said Greg Foster, Chairman and President, IMAX Filmed Entertainment. “Their use of the IMAX® Camera and canvas is sure to impress current and future Star Trek fans alike, and we’re thrilled to once again work with our friends at Paramount Pictures to offer this extended ‘first look’ at this highly anticipated summer blockbuster.”

To further the IMAX experience, “STAR TREK INTO DARKNESS” used IMAX cameras to capture several sequences. Exclusively in IMAX theaters, sequences filmed with the extremely high-resolution cameras will expand to fill more of the screen with unprecedented crispness and clarity, putting moviegoers right into the explosive action and vast scope of the film.

“STAR TREK INTO DARKNESS” is written by Damon Lindelof, Alex Kurtzman & Roberto Orci and directed by J.J. Abrams. Abrams is producing with Bryan Burk through Bad Robot Productions, along with Lindelof, Kurtzman and Orci.