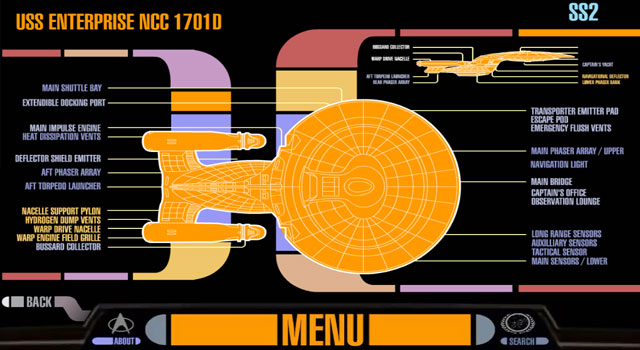 The official Star Trek PADD app has been updated to version 2.0. Previously only available for use on Apple iPad, the second version brings support for iPhone, iPod Touch and the recently released iPad Mini.

The second version brings with it a bevy of new features including an updated databank with over 170 new entries, an updated main PADD screen now with a messages button for communiqués from Starfleet Command, voice-activated searching utilizing Apple’s Siri technology, push notifications to alert users about enhancements to the database, full screen databank images, plus enhanced Twitter and Facebook feeds.

The original version, released in July of 2011, was the #1 app in the Apple App Store following its release and one of the top 25 paid entertainment apps for 3 months straight.

Developed for CBS Interactive by San Francisco app development studio ArcTouch, the PADD app is available on the iTunes App Store and is priced at $4.99 for the iPad version and $1.99 for iPhone and iPod Touch. 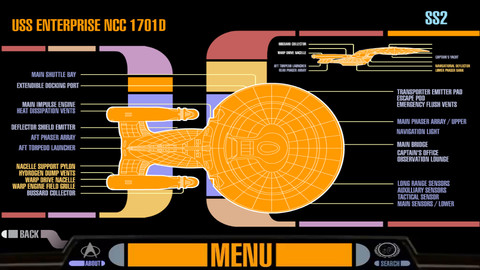 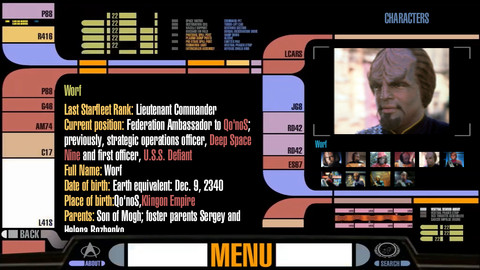 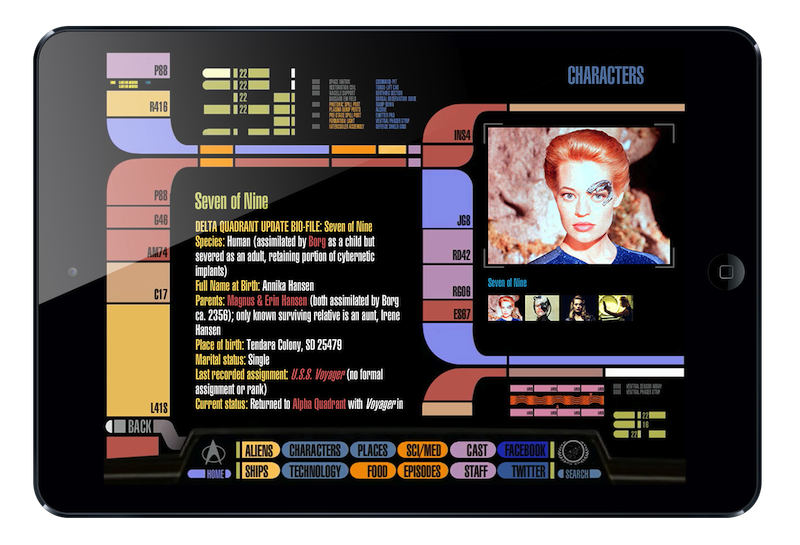 Check out the press release below.

After 45 years of continuous development and enhancement, most of which took place in a future timeline, engineers from Starfleet and United Federation of Planets have announced the immediate availability of the official Starfleet PADD (or Personal Access Display Device) app for iPhone and iPod touch. A new version for the latest iPad devices is also available.

Developed for CBS Interactive by San Francisco app development studio ArcTouch, and previously only available for the Apple iPad, the new version is now optimized for all iPad, iPhone, and iPod touch devices, including the new iPhone 5 and the iPad mini. The original iPad version was the #1 app in the app store, one of the top 25 paid Entertainment apps for 3 months straight, and the winner of a Media Vanguard Award from Advertising Age.

“Our team implemented a focused chronotron particle generator to open a temporal wormhole to the 24th century,” said Captain Eric Shapiro from ArcTouch. “We condensed 20 billion gigaquads of data about aliens, planets, and technology into a databank and created an app to access it.”

The PADD app provides beings from every quadrant of the galaxy with the ultimate mobile “Trekkie” experience, including access to data spanning from Star Trek: The Original Series through to Star Trek: Enterprise and the related movies of The Original Series and The Next Generation. The app features a rich database of information, full screen images, actual sound effects from the series, and an authentic LCARS experience.

In addition to iPhone and iPad mini support, version 2 includes:

• Updated databank with over 170 new entries, such as Gorgan (possibly the last known inhabitant of the planet Triacus), and enhanced data and images to many existing entries.
• The main PADD screen now has a button marked MESSAGES that shows communiqués from Starfleet Command.
• Starbase Intelligent Response Integration (Siri) for voice-activated searching.
• Subspace “push notifications” allows Starfleet to notify users about enhancements to the PADD databank.
• Full screen databank images.
• Live updating of databank content, which is delivered over terrestrial wireless channels and appears automatically.
• Enhancements to terrestrial data feeds from Facebook and Twitter.
• Under 50 megaquads of data for initial download stream. (Using the lingo of 21st century earth, the app can now be installed over a 3G, 4G, or LTE connections, without requiring WiFi.)

The Star Trek PADD app is available today for just a few bars of gold- pressed latinum ($4.99 for iPad, $1.99 for iPhone/iPod touch from the Apple App Store). Visit https://arctouch.com/2012/12/star-trek-padd-app-version-2/ for more information.