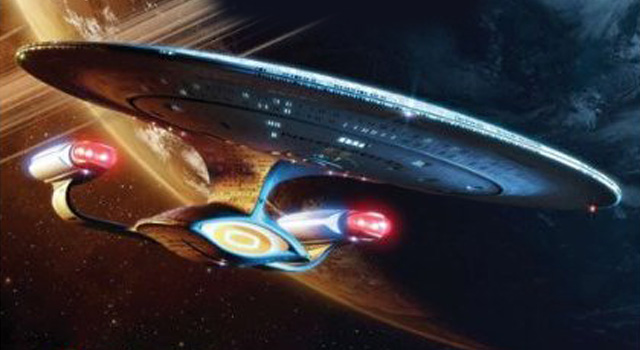 Michael and Denise Okuda have worked on Star Trek since the mid-eighties. In that time they’ve worked as designers, technical supervisors, and consultants on the recent effort to bring Star Trek: The Next Generation to Blu-ray.

Following the release of the second season of TNG in high-definition on Blu-ray, the couple’s next project is a hardcover book chronicling the fictional history of the USS Enterprise 1701-D.

Packaged with the 48-page book, “Star Trek The Next Generation On Board the U.S.S. Enterprise”, is a CD-ROM which gives a tour of the ship.

Available now for pre-order on Amazon, the book ships in March 2013.

Check out the cover art below. 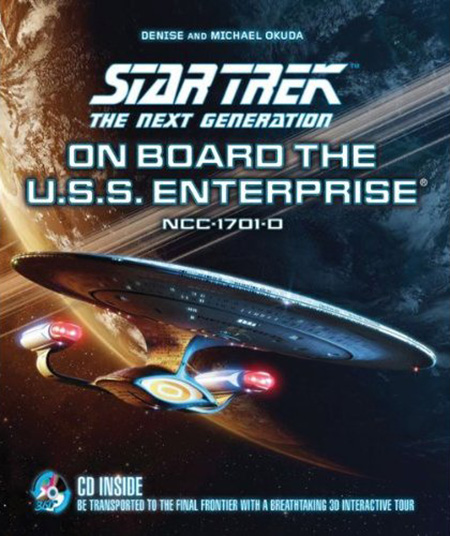 Star Trek The Next Generation On Board the U.S.S. Enterprise cover art

Star Trek fans–or Trekkies–have been collecting Star Trek souvenirs, artifacts, and memorabilia for many years, and they’ll be thrilled with this brand-new book and CD-ROM package. Scheduled for publication in time to coincide with release of the latest Star Trek movie, as well as the 25th anniversary of Star Trek: The Next Generation’s TV debut, this amazing book delights fans with–

• Spreads and gatefolds with 3D features illustrating the Enterprise from all angles, including a side-on cutaway image showing the craft’s interior

• Views of the ship’s bridge, showing the captain’s chair, main consoles, and the functions that the consoles control

• Artifacts, floor plans, photos from the TV show . . . and much more

Enclosed with the book is a fabulous CD-ROM that gives viewers a detailed tour of the Enterprise . This remarkable software program was developed in close cooperation with the creators of the Star Trek sets that were used in the films and on the television series. On Board the U.S.S. Enterprise offers Trekkies a once-in-a-lifetime ticket to one of the most popular and beloved sci-fi adventures of all time.

Pre-order “Star Trek The Next Generation On Board the U.S.S. Enterprise” on Amazon.

In this article:Denise Okuda, Mike Okuda, Star Trek: The Next Generation