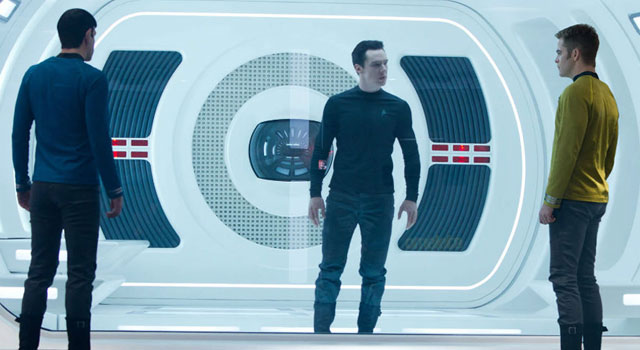 Following last week’s poster reveal and introduction trailer release, a full trailer plus the first 9-minutes of the film attached to The Hobbit: An Unexpected Journey on December 14th, was the next glimpse of STAR TREK INTO DARKNESS we expected to see.

That was until Monday when Paramount released a new photo from the film which shows Chris Pine as Kirk and Zachary Quinto as Spock in a face-off with the film’s villain, played by Benedict Cumberbatch.

Along with the photo came this caption:

(Left to right) Zachary Quinto is Spock, Benedict Cumberbatch is John Harrison and Chris Pine is Kirk in STAR TREK INTO DARKNESS from Paramount Pictures and Skydance Productions.

John Harrison? Is this the reveal we’ve been waiting for? It could be bait, but it’ll be interesting to see how this pans out after months of speculation.

Check out a high-res version of the photo for yourself below. 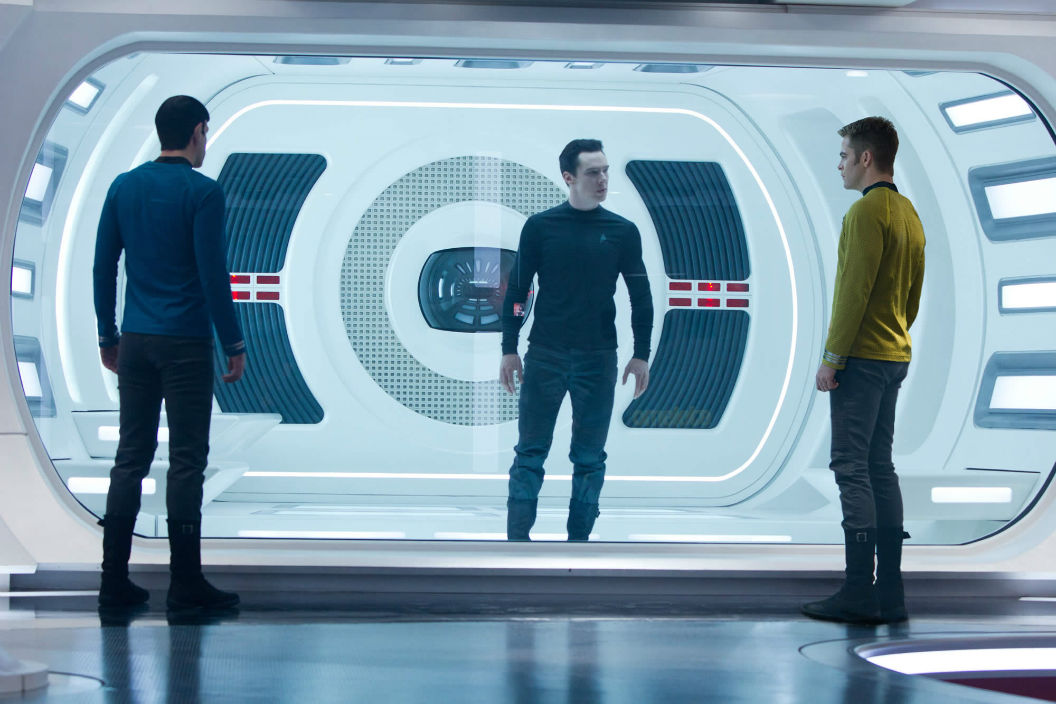 New “Star Trek Into Darkness” photo with Cumberbatch behind glass

Would you be disappointed if the villain turned out not to be an updated version of an original Star Trek character? Would you prefer it? Tell us in the comments below.