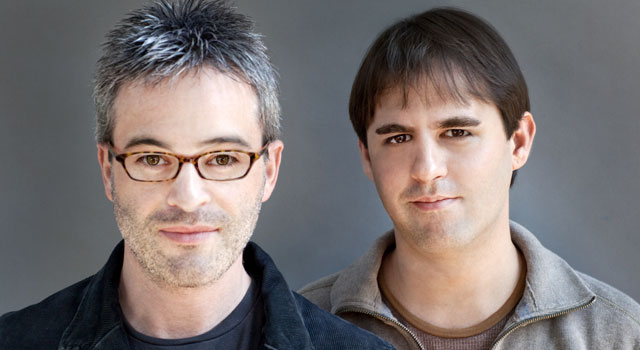 While the ever-busy duo of Roberto Orci and Alex Kurtzman prepare for the upcoming release of STAR TREK INTO DARKNESS next May, they recently spoke to Wired for a few moments at a press event for the film on Monday.

During the breif interview, the Fringe, Transformers and Star Trek co-writers discussed their future involvement with the Star Trek franchise, the casting of Benadict Cumberbatch as the film’s villain John Harrison, and the voice that even has J.J. Abrams buzzing.

On the casting of Cumberbatch, Kurtzman said:

I liked that some people are not aware of him yet, I think they’re going to be after this movie. It’s always nice to see someone whose work you weren’t familiar with too long before and then suddenly: oh my God he’s so good on Sherlock, and you’re now a fan of that show. So to have Benedict agree to come on and join sort of a preexisting family…and his voice is terrifying. Benedict’s voice is like its very own special effect.

I think in our minds, we always thought that we’d probably start outliving our usefulness after three movies. That’s a nice three-act structure for whatever story you’re telling.

Would you like to see Abrams’ Bad Robot crew continue with Star Trek after three films? Do you think it’d be better if someone else took the reins? Cast your vote in the poll below.