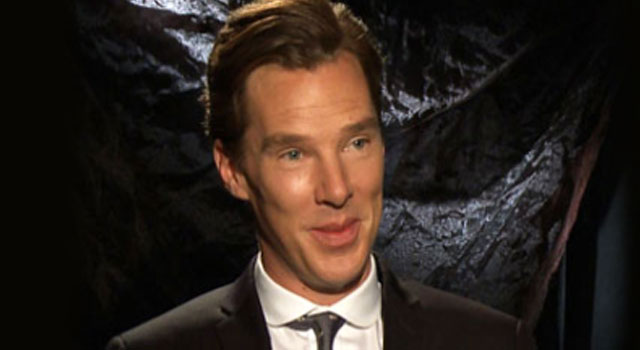 In a recent interview, Benedict Cumberbatch gave some insight into his STAR TREK INTO DARKNESS character John Harrison, describing him as “a terrorist”.

He is a terrorist. He operates as a terrorist. He has extraordinary physical powers, but also mental powers. He can sow an idea, which is as powerful as gunshots or close hand combat, which he’s masterful in. He tears into the fabric of both the world and the Enterprise family, and he leaves behind him a trail of devastation. It’s quite exciting to watch.

He goes on to say that John Harrison is not a “cookie-cutter” villain.

It’s personal. It’s also political, I think. He’s somebody who, at some point in the film, you should feel a certain amount of empathy towards his cause, if not his means there’s no two-dimensional obstacle he presents purely and simply by the fact that he is opposing our hero.

He has an interesting relationship with Kirk, and with Spock in a way he very much plays them off against each other. There’s an element of shadow of him and Kirk.

RELATED: J.J. Abrams: “This Movie Was Not Made for Star Trek Fans”