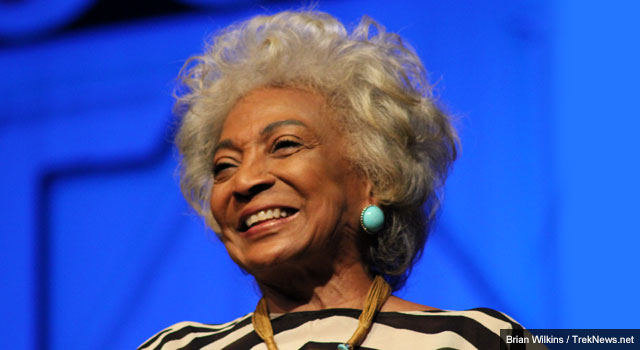 On her 80th birthday, we at TrekNews.net would like to wish Star Trek: The Original Series star Nichelle Nichols a very happy birthday.

Earlier this year, while visiting Washington D.C. in celebration of Black History Month, she had the opportunity to meet United States President Barack Obama in the Oval Office. Nichelle later tweeted the photo of them both flashing a Vulcan salute along with the caption “A photo came to me in the mail that I’ve kept for myself for over a week, but now it’s time to share it with Trekkers everywhere.”