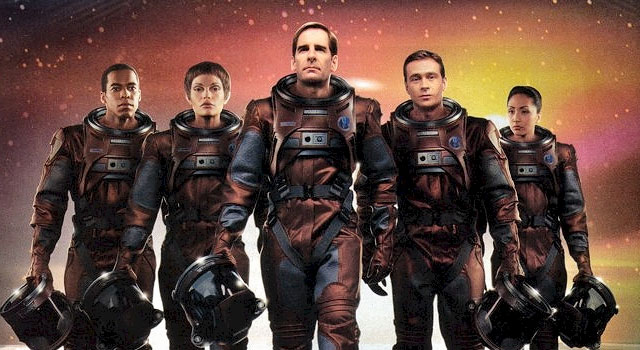 As we first reported back in November, Enterprise is the next Star Trek series scheduled to be released in high-definition on Blu-ray.

With a tentative release set for March 2013, the first season of Enterprise is set to include a number of bonus features along with the 26 original episodes in 1080p HD.

Earlier this month, executive producer Brannon Braga asked fans to tweet their choice of episodes to feature additional commentary along with ideas for bonus features to be included with the upcoming releases.

According to TrekCore, some of the bonus features already in the works include:

Be sure to check back, as we’ll have more details on the Blu-ray release of Enterprise in the coming weeks.