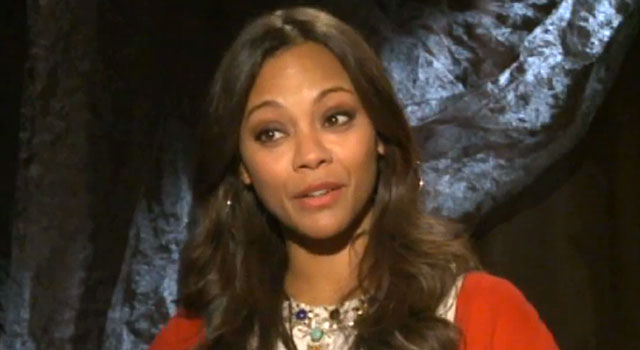 The stars of Star Trek Into Darkness, Chris Pine, Zachary Quinto and Zoe Saldana, recently sat down with Extra to discuss the film’s upcoming release, it’s magnitude, and the pressures they felt while shooting it.

Saldana told Extra’s Ben Lyons, “Whether they are together or not that will remain to be seen. But come on, I’m not going to ruin the element of surprise! I signed papers, trust me! I will lose a kidney if I say too much!”

While he wouldn’t reveal specifics, Zachary Quinto talked about how difficult it is to imagine the grandeur of the movie during the filming process. “Even though you think you can imagine how big it’s going to be when you’re shooting it, it never quite translates to how staggering it is on the big screen.”

“I suppose I feel more pressure with this one,” Chris Pine said.