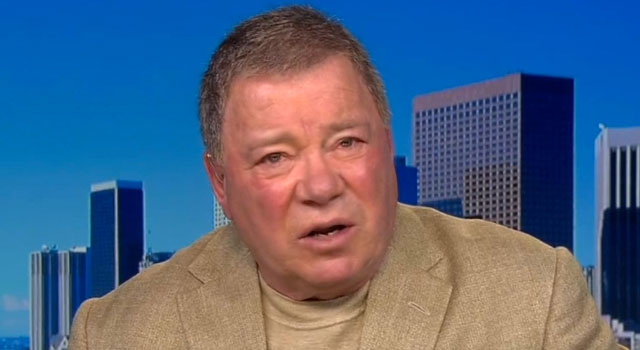 Earlier this week, Star Trek‘s original Captain Kirk, William Shatner appeared on CNN News Room to discuss his one-man show, Shatner’s World. In addition to the tour, Shatner talked plenty about Star Trek, including the groundbreaking kiss he shared with Nichelle Nichols, his opinion of who would win in a fight between Kirk and Picard, his relationship with Leonard Nimoy, and his thoughts on J.J. Abrams’ approach to Star Trek.

I just realized how lovely her lips were. Anything that was breaking there might have been her lips, but not groundbreaking in terms of a racial kiss. She was and is a beautiful woman.

Star Trek fans have argued for years who would win in a fight between his Kirk and Patrick Stewart’s Picard character, Shatner weighed in with his own opinion, saying:

In real life, he could probably kick my ass. In fiction, I’d kick his ass. 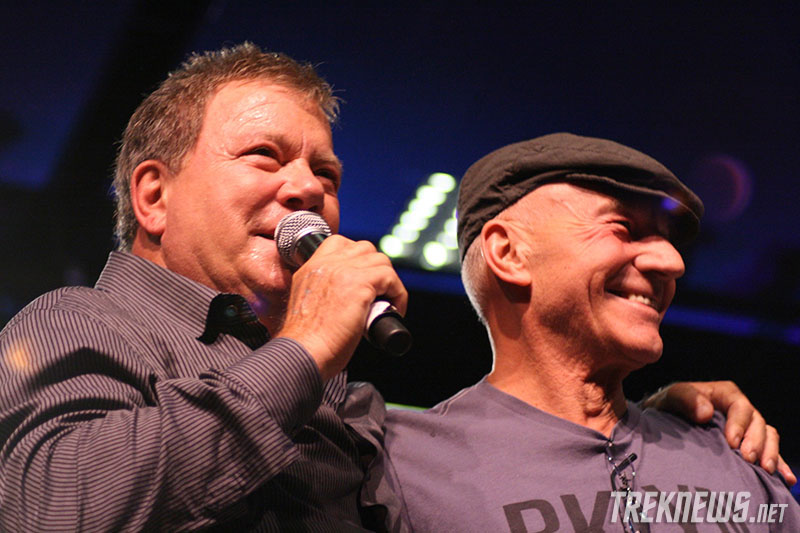 Shatner went on to discuss Star Trek (2009) and Star Trek Into Darkness director J.J. Abrams and his reboot of the franchise.

J.J. Abrams is a great filmmaker. The way he has brought a major audience into the franchise, is to make a ride. Where Star Trek becomes one of those rides with explosions and action and the wonderful people they’ve got playing the roles. He has made Star Trek popular once again with a larger audience. So he seems to be doing the right thing.

The “Star Treks” we were in told a more personal story. [We] told a story with more soul to it, if you will.

On his current relationship with Leonard Nimoy, Shatner said:

We don’t see each other very much now. Life has taken us apart, but he’s a dear dear man.