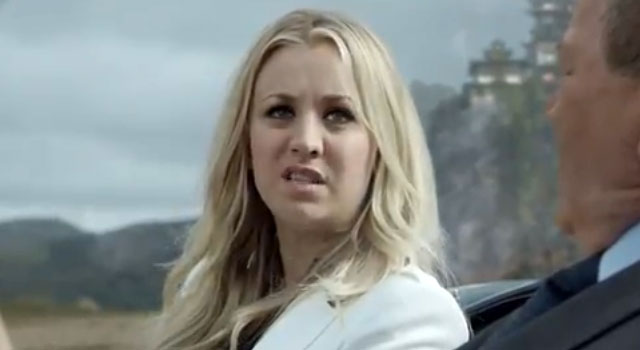 In a new Priceline commercial which is set to hit the airwaves next week, Big Bang Theory star Kaley Cuoco is revealed to be the daughter of William Shatner’s character, the Negotiator.

In a press release, Cuoco said “It’s definitely exciting working with Bill, and being part of a campaign and a brand that I’ve pretty much grown up with,”

“He has single-handedly built the Priceline Negotiator into a pop culture icon. I think there’s a lot of overlap in our fans, who will appreciate seeing us together as a father and daughter team. And who wouldn’t want to be William Shatner’s daughter?” she added.

The release goes on to imply that both Cuoco and Shatner will appear in future Priceline ads. So, for now the Negotiator isn’t as dead as we may have previously thought.

While the commercial won’t hit TV until January 14th, you can check it out now in the embedded Youtube video below.