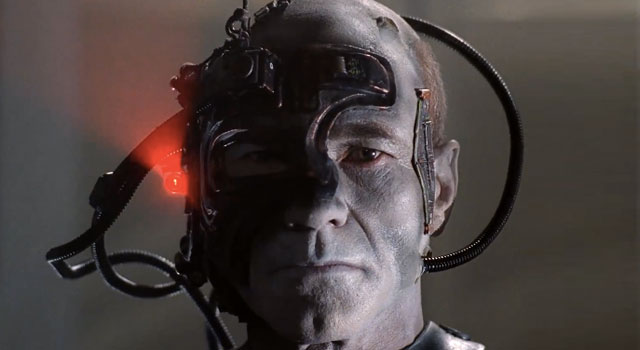 On April 30th, the complete third season of Star Trek: The Next Generation will be released on Blu-ray. That same day, the episode considered by many to be one of the best in all of Star Trek — the third season episode “Best of Both Worlds” will also hit store shelves as a feature-length double episode stand alone release.

Check out the official trailer below.

As we first reported last month, the cover of the “Best of Both Worlds release will feature an assimilated Captain Picard as Locutus of Borg. 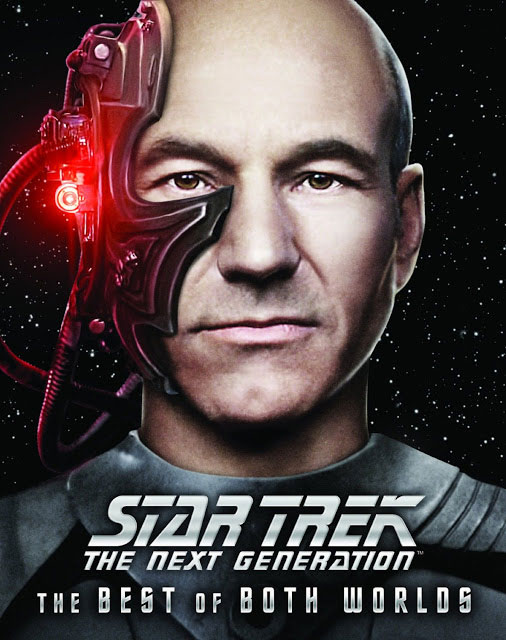 “Best of Both Worlds” Cover Art

The powerful cliffhanger: The Best of Both Worlds Part 1 and 2 has been fully restored in brilliant 1080p HD and seamlessly edited together into one feature-length presentation…and the crew of the Enterprise is asked: How do you stop an unstoppable foe? The Enterprise team discovers the devastated remains of a Federation colony as an ambitious young officer joins the crew to confirm the presence of the deadly Borg. Soon after, Borg drones abduct Captain Picard, mutilating him horribly as they assimilate him into their collective. Commander Riker must take over as Enterprise captain as Steerfleet braces for an all-out battle to defend Earth. But the Borg’s power proves overwhelming, and resistance is futile. Will Riker be forced to destroy his former captain to save Earth and the Federation?

TNG’s “Best of Both Worlds” on Blu-ray is now available for pre-order on Amazon.