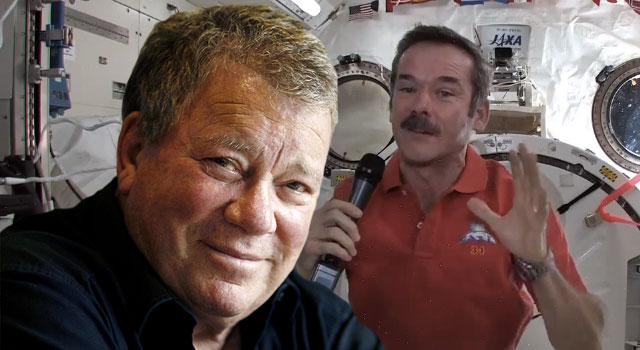 Following an earth-to-space Twitter exchange last month, William Shatner spoke to Flight Engineer Chris Hadfield of the Canadian Space Agency, who is currently aboard the International Space Station, on Thursday.

Shatner began the conversation by telling his fellow Canadian “I’m so moved to be able to speak to you for this brief moment,”.

The entire 20+ minute conversation was captured by NASA and is available for you to watch below.

After the call, both Shatner and Hadfield tweeted about the monumental experience.

So did I do OK? I felt like I kept interrupting him but time was short and I wanted to ask some questions.

Thanks to @williamshatner for the thoughtful, researched and insightful questions today. Looking forward to meeting in-person back on Earth!