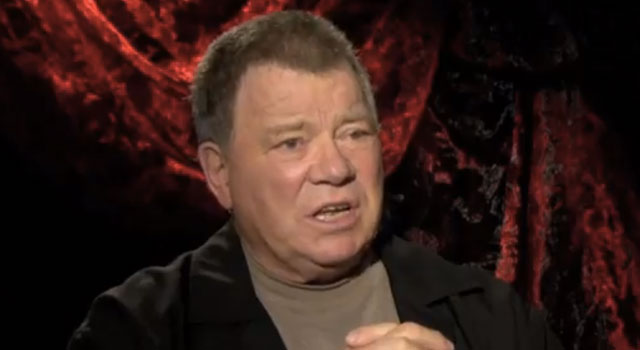 William Shatner is a man who has never been shy about expressing his opinion of Star Trek Into Darkness (and future Star Wars: Episode VII) director J.J. Abrams. During a recent press junket to promote Escape From Planet Earth, the original Captain Kirk had a few words for Abrams.

During the interview, Shatner discussed Abrams along with his thoughts regarding the possible homogenization of the science-fiction film genre.

He’s being a pig. He’s collecting the two franchises and holding them close to his vest.

Shatner went on to credit Abrams as a great director, but said a meeting between the two of them may have to take place soon to discuss J.J.’s Star Wars directing job, along with a possible part for Shatner in the film.

He’s probably the most talented director of that ilk, but he’s gone too far this time. I think of him as a buddy of mine. I’ve taken him out for sushi. I think it’s time for J.J. and I to have another sushi [dinner] and let me put him straight about two of the largest franchises and not employing me in either of them, I think is just foolhardy.

Following Star Wars: Episode VII news, the web went crazy with Star Trek/Star Wars mashup photos. One of which, casts Shatner as Darth Tiberius — a personal favorite of ours. 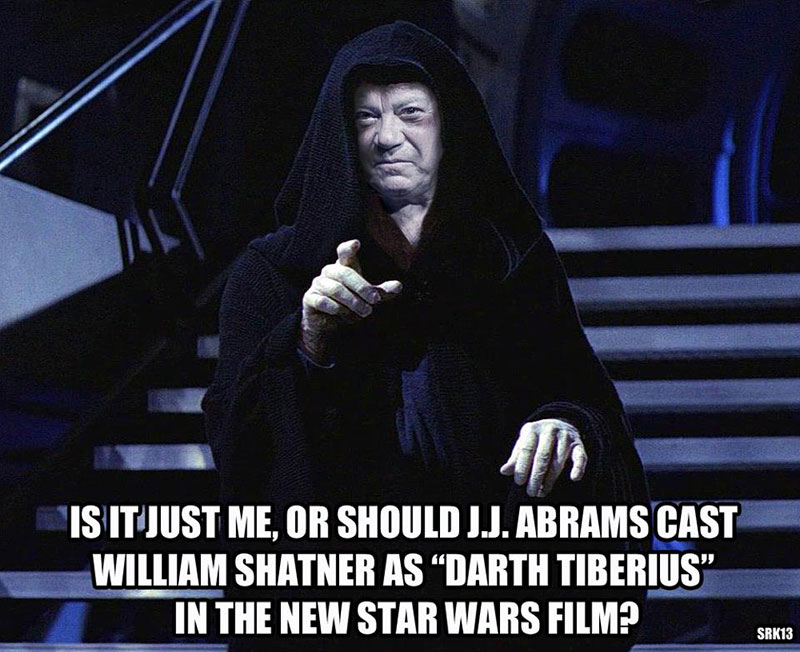 via Joel Amos of Movie Fanatic