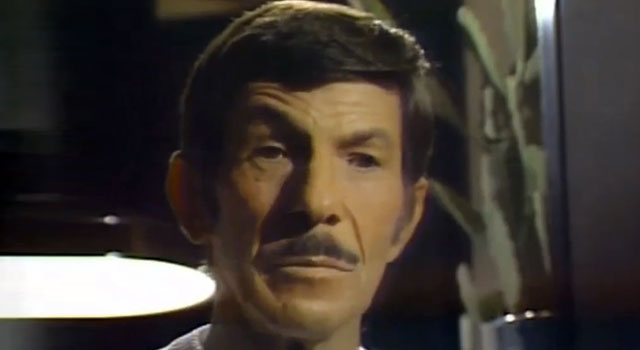 Following the announcement of the upcoming release of Sony’s Playstation 4, Star Trek‘s Leonard Nimoy stars in a video released to hype the next generation video game system.

Originally recorded in the early-80s to promote Laserdiscs, the video features Nimoy talking to an illuminated rock with an overdubbed audio track.

This description—or any other—won’t quite do this video justice. You’ll have to check it out for yourself.

Announced during a press event on February 20th, the PS4 is set to hit stores in Q4 of this year.

For good measure, here’s Nimoy singing “The Ballad of Bilbo Baggins” in 1968.