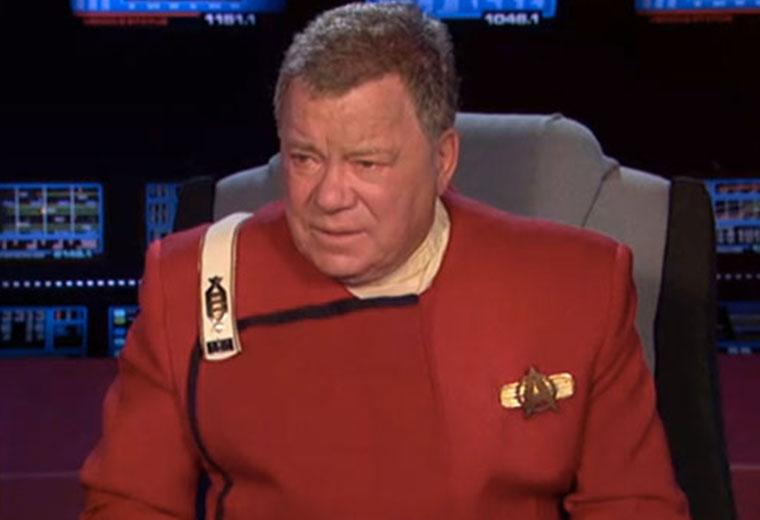 On Sunday night, William Shatner made a surprise appearance at the 85th annual Oscar Awards. Shatner, in full Captain Kirk uniform, appeared on the large onstage screen as host Seth MacFarlane kicked off the show.

“Enterprise to Dolby Theatre–come in Dolby Theatre. This is Captain James T. Kirk,” Shatner shouted as he made his first on-screen appearance as Kirk in almost 20-years.

Shatner told MacFarlane “I’ve come back in time from the 23rd century to stop you from destroying the Academy Awards.” He went on to read newspaper headlines from the future, including “Seth MacFarlane Worst Oscar Host Ever.” 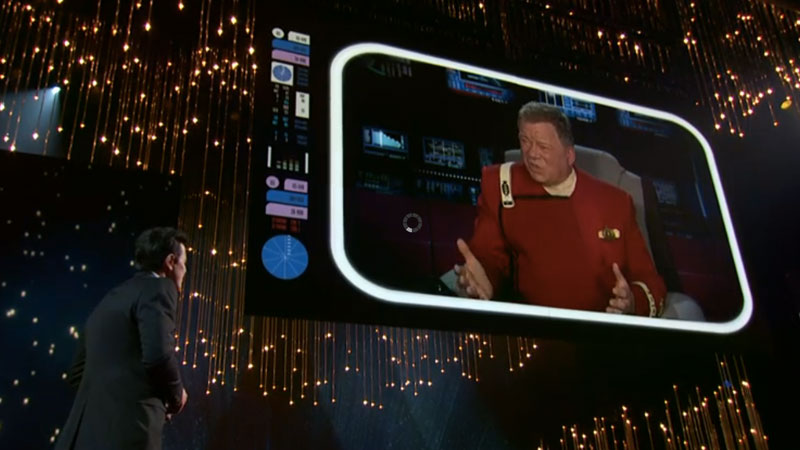 The Captain Kirk uniform Shatner wore was last seen on screen in 1994’s Star Trek: Generations and had been on display at Star Trek: The Experience in Las Vegas until its closing in 2009.

Regardless of the situation, it was great to see Shatner back in Starfleet uniform once again.