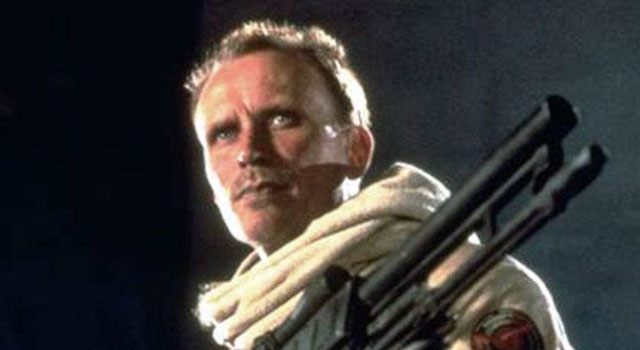 Recently, the first 30-minutes of STAR TREK INTO DARKNESS was screened for members of the press in London. Additionally, 38-minutes of the film was screened in Sau Paulo, Brazil.

Those screenings have revealed the identity of Peter Weller’s character in the highly-anticipated film — which hits theaters in May.

While many speculated that he played Khan Noonien Singh, that rumor was proven to be false.

According to a report on Ain’t It Cool News (based on a report on Juado), Weller plays Admiral Marcus, the father of Alice Eve’s Carol Marcus. In this article:Peter Weller, Star Trek Into Darkness