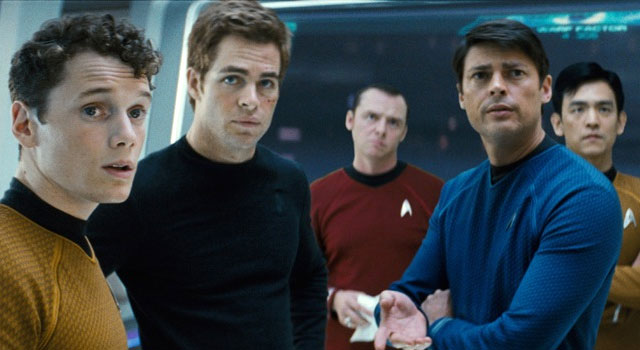 With the theatrical release of STAR TREK INTO DARKNESS quickly approaching, many fans are wondering what may be in store for the 50th anniversary of the franchise just three years away in 2016.

During a recent interview with Digital Spy, Star Trek Into Darkness producer Bryan Burk discussed the upcoming milestone, along with how Bad Robot will balance both the Star Trek and Star Wars franchises.

Check out excerpts from the interview below.

Discussing the 2009 film’s references back to the original series, which made its television debut in September 1966, Burk said:

one of the things is that the movie will always be for Star Trek fans. In the process of all us five producers working together, Roberto Orci and Damon Lindelof, to a slightly lesser extent, are crazy-hardcore Trekkies. They understand the world so we had long conversations where they put things in and would be laughing hysterically. I had no clue why they were! There are tonnes of references and nods.

On the topic of Star Trek‘s 50th anniversary and how the next film from Bad Robot may coincide with it, he said:

We’re definitely talking about the next one, but we haven’t talked about a release date. We don’t want to wait four years, the same amount of time between the last one and this one, but it’s going to be a big year to celebrate, hopefully.

On balancing both Star Trek and Star Wars, Burke said:

Read the entire interview with Bryan Burke at Digital Spy.