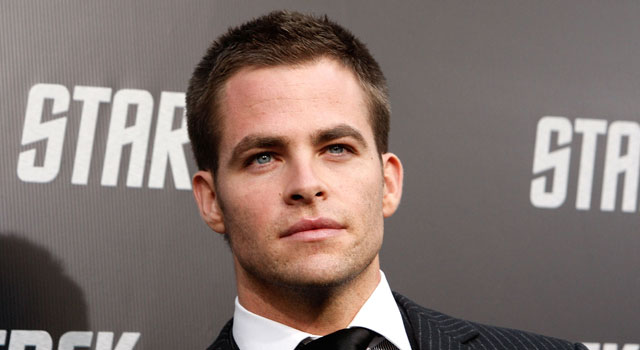 The National Association of Theater Owners (NATO) has chosen Star Trek Into Darkness star Chris Pine to receive the CinemaCon Male Star of the Year Award. The award will be presented at the annual NATO convention during the closing night gala on April 18th.

“With this summer’s Star Trek Into Darkness … and then at year’s end, with the release of Jack Ryan, without a doubt 2013 is going to be Chris Pine’s year,” CinemaCon managing director Mitch Neuhauser said Thursday. “Chris Pine has emerged as one of Hollywood’s hottest and most accomplished young actors, and CinemaCon is thrilled to honor him as its 2013 Male Star of the Year.”