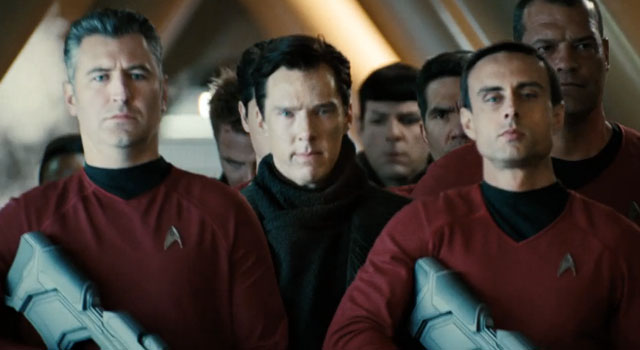 On Friday, Bad Robot, via their Twitter account, announced a new version of the “international” trailer that was released on Thursday. The tweet included the words “Further Into Darkness” and included the Twitter handles of several members of the cast and crew.

The new version of the STAR TREK INTO DARKNESS trailer features only slight variations to the previous version. The only major detail is the on screen inclusion of year 2259, which has been added prior to the destruction we see take place in London.

Scroll down to watch the trailer.