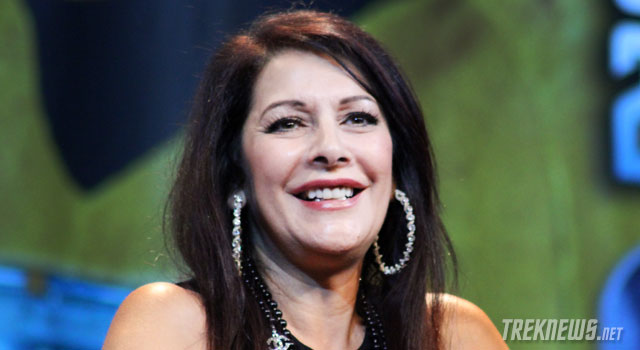 Marina Sirtis, who played Deanna Troi for seven seasons on Star Trek: The Next Generation along with four feature films, has landed a role on the CBS procedural drama NCIS.

“The search to replace Eli David as Mossad Director was tricky for us, but we ended up with a true find in Marina Sirtis,” said NCIS showrunner Gary Glasberg on casting Sirtis. “I’ve always been a Star Trek fan, but Marina really owns this part. And the cast loves her. She’s everything I wanted for the role and then some. We are lucky to have her.”

According to TVLine, the first episode with Sirtis will air sometime in April.

In this article:Marina Sirtis, Star Trek: The Next Generation