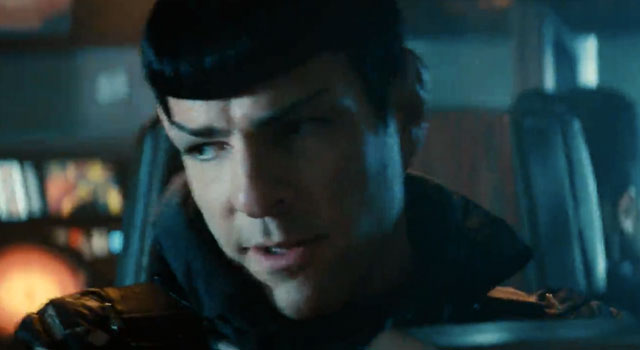 On Tuesday, Moviefone revealed the second two-minute clip from the upcoming release of STAR TREK INTO DARKNESS.

The clip features Kirk, Spock and Uhura as they narrowly escape from Klingons.

Check it out after the jump.