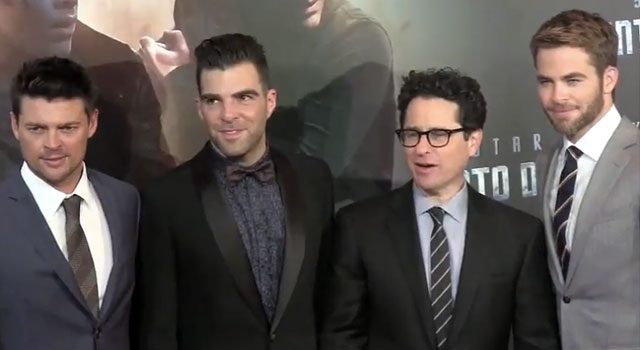 The Australian premiere of STAR TREK INTO DARKNESS took place on Tuesday in Sydney. In attendance were director J.J. Abrams along with stars of the film, Chris Pine, Zachary Quinto and Karl Urban.

While most of us will have to wait until it hits theaters next month to see the entire film, you can check out a few clips from the premier below.

The first video shows the red carpet arrival of the stars and some of the promotional material that appears outside Event Cinemas in Sydney, where the premier took place.

Pine, Quinto and Urban all took time to speak to Australia’s Channel Ten about the film while on the red carpet.

The next video shows footage prior to the film being shown with an introduction by Abrams and the film’s stars.