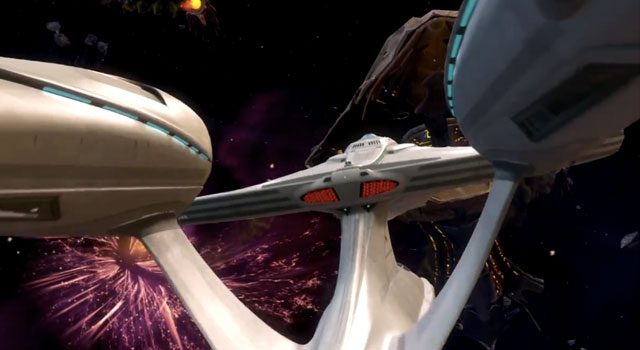 Star Trek: The Video Game, set between the events of the 2009 film and STAR TREK INTO DARKNESS, is available today for Xbox 360, PlayStation 3 and PC.

With the launch rapidly approaching, Namco Bandai Games has released a special launch trailer which provides viewers with a better look at the game’s plot and our first glimpse at the planet New Vulcan.

For more information and to purchase the game visit StarTrekGame.com.