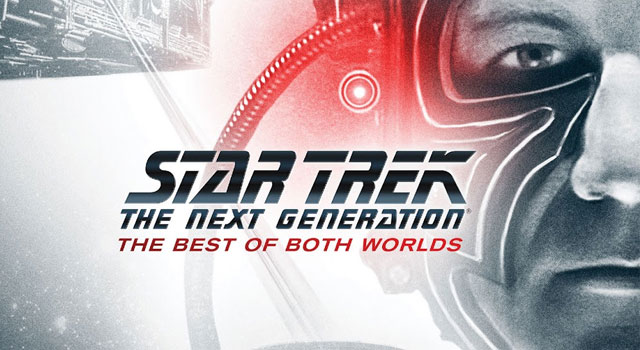 Tonight’s the night. In celebration of the release of the complete third season of Star Trek: The Next Generation and the “Best of Both Worlds” single disc on Blu-ray, CBS Home Entertainment and Fathom Events brings a special feature-length event to theaters on Thursday. The “Best of Both Worlds” two-part episode will be shown in select theaters on at 7 PM (local time). 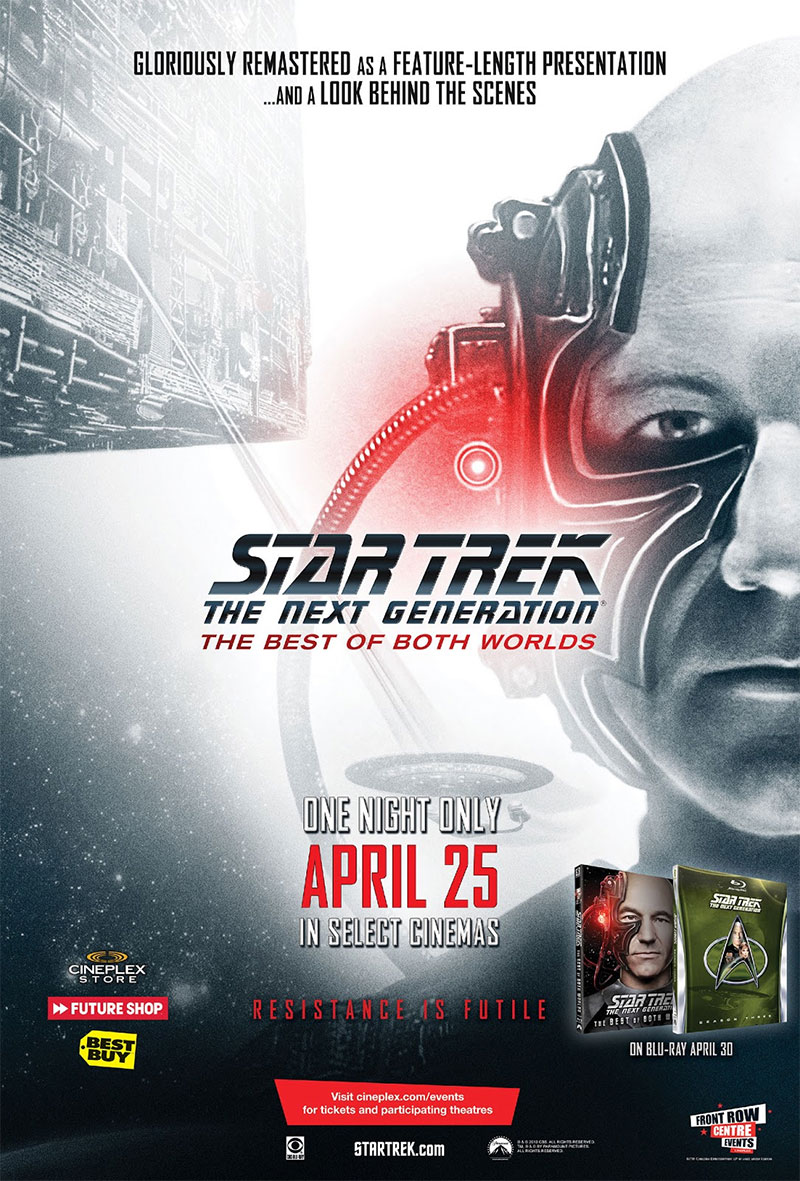 “Best Of Both Worlds” event poster