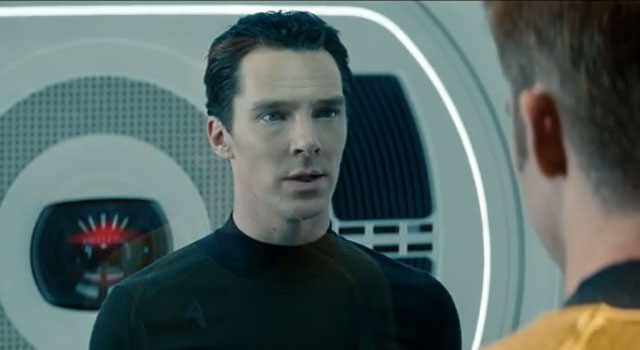 On Monday, Paramount released another international clip from STAR TREK INTO DARKNESS, which hits theaters in less than a month.

Check out the new clip after the jump.

The new clip features Kirk as he confronts a captive John Harrison, telling him that he’s a “criminal” and that he’s still alive because he (Kirk) allows it. “I watched you murder innocent men and women — I was authorized to end you” Kirk tells Harrison.