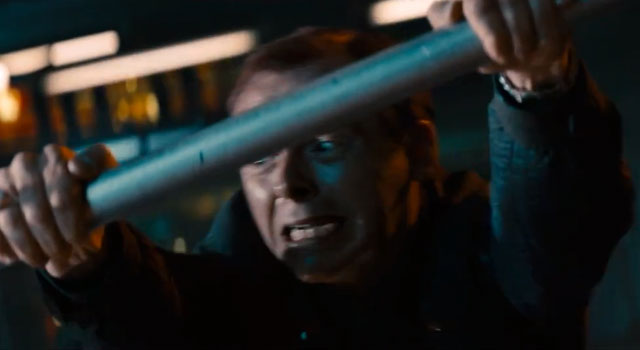 In a new STAR TREK INTO DARKNESS clip, Paramount gives fans an early peek at a big action scene involving Kirk and Scotty as the USS Enterprise is under attack.

In the new clip, we watch as Chris Pine as Kirk and Simon Pegg as Scotty run through the corridors of the Enterprise as sparks fly and the ship appears to be coming apart at the seams.