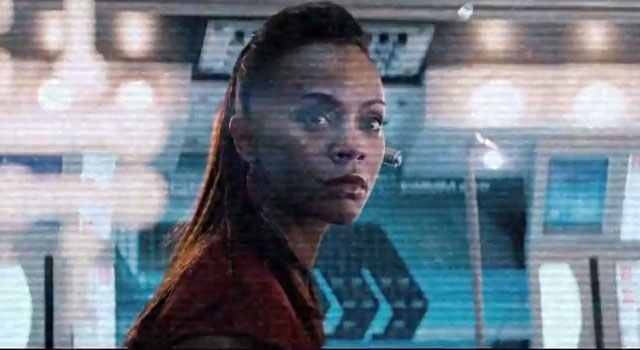 On the heels of the Kirk and Spock viral marketing videos to promote the upcoming release of STAR TREK INTO DARKNESS, Paramount has released another video — this time, focussing on Uhura.

The new video, with a voiceover by Benedict Cumberbatch, looks at Uhura as a member of the Enterprise crew and a possible liability due to her relationship with Spock.

In an ominous tone, we hear John Harrison describe her:

Lieutenant Uhura — the soul of the Enterprise — a master of communication with the frequencies of the entire universe at her fingertips. She is the force of compassion in holding the entire crew together. But look deeper and you will see a woman who’s love makes her a liability.

How could she watch someone put their life on the line when her heart needs him to be safe?

None of you are safe.

Check out the new video below.