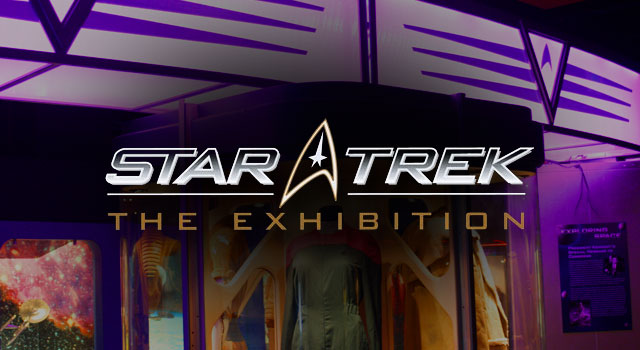 Star Trek: The Exhibition is set for a fair tour this summer that will hit San Diego, Los Angeles and Phoenix. The exhibit includes a museum-style experience featuring a large collection of authentic Star Trek props, artifacts and information. Items on display will include a TOS bridge, a Timeline wall, the Scorpion fighter from Star Trek: Nemesis, a TNG sick bay and a motion simulator.

The tour kicks off at the San Diego County Fair on June 8 and runs through July 7. Next up, the exhibit will move to the Los Angeles County Fair from August 30 to September 29. Finally touching down at the Arizona State Fair from October 11 to November 3.

We’ll have more details as they become available.