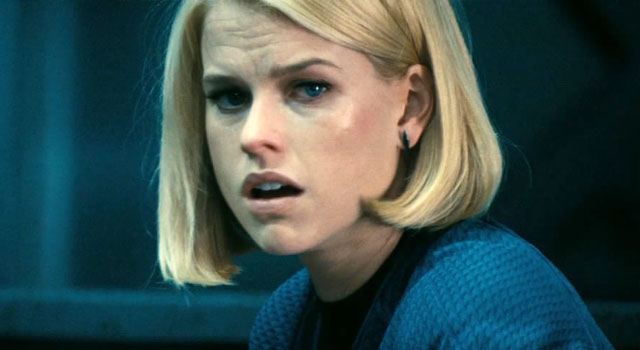 Alice Eve, who plays Dr. Carol Marcus in Star Trek Into Darkness, recently discussed her experience narrating the audiobook version of the film.

Regarding her history with Star Trek, Eve says her grandfather “used to watch it at 5:20 on a Saturday afternoon” and calls J.J. Abrams’ 2009 Star Trek “a great film.”

Eve goes on to say that playing Carol Marcus in the movie was “much much easier” than the narration duties on the audiobook.

While difficult on her voice, she says that the recording process was “meditative” and “a bit like being at university and spending a long time in a small room reading,”.

Listen to the interview embedded below. 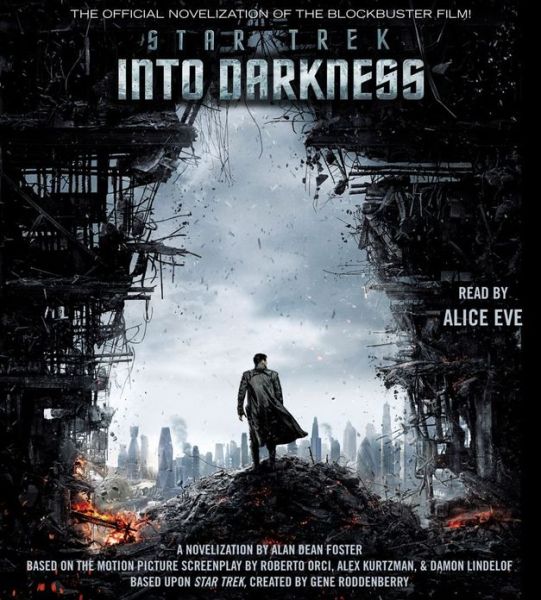 Months after the dramatic events seen in the 2009 blockbuster film Star Trek, the crew of the U.S.S. Enterprise—including Captain James T. Kirk, First Officer Spock, Doctor Leonard McCoy, Lieutenant Nyota Uhura, Chief Engineer Montgomery Scott, Lieutenant Hikaru Sulu, and Ensign Pavel Chekov—is called back home. But an unstoppable force of terror from within their own organization has declared all-out war on Starfleet and everything it stands for, leaving Earth in a state of crisis. Now with a personal score to settle as a result, Kirk must lead a covert manhunt to a war-zone world to capture a one-man weapon of mass destruction. As these valiant heroes are propelled into an epic chess game of life and death, love will be challenged, friendships will be torn apart, and sacrifices must be made for the only family Captain Kirk has left: his crew.

While it won’t hit shelves until May 21, the audiobook is currently available for pre-order on Amazon.