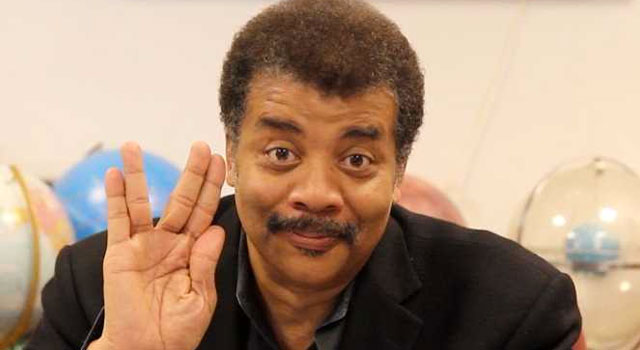 “I never got into Star Wars,” Tyson said. “Maybe because they made no attempt to portray real physics. At all.”

He does appreciate one aspect of George Lucas’ creation, saying “I like the double star sunset scene (on Tatooine). Most stars you see in the night sky are double and triple stars, so that’s a very common thing we would expect in the universe.”

Check out the clip below to watch Tyson talk Star Wars, Star Trek and who his favorite captain is — Kirk or Picard.