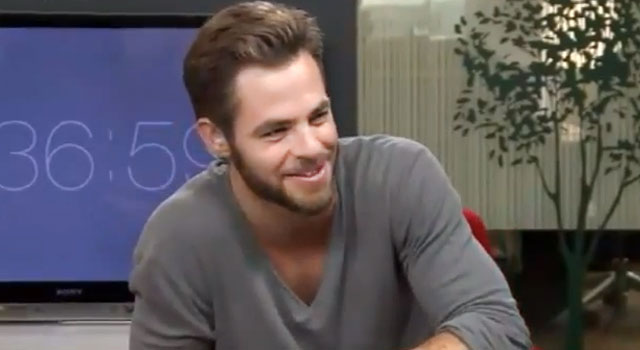 On Thursday morning, Star Trek Into Darkness writer/producer Damon Lindelof and stars Chris Pine, Alice Eve and John Cho talked with NASA astronaut Chris Casidy aboard the International Space Station and representatives from the Smithsonian and the Intrepid Air and Space Museum as part of a Google+ Hangout.

Discussion ranged from science-fiction’s impact and influence on the space program, thow realistic certain onscreen elements of Star Trek are, and he challenges faced by astronauts.

In this article:Science, Star Trek Into Darkness