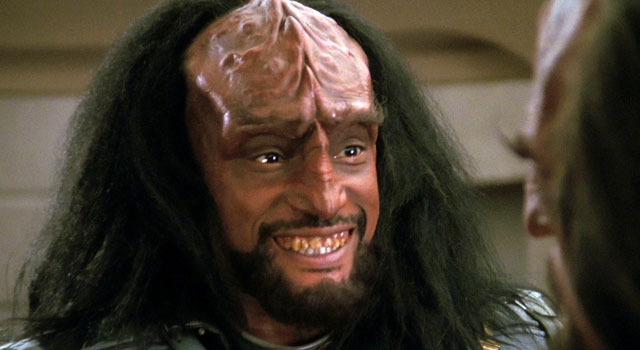 Arriving just in time for this week’s theatrical release of Star Trek Into Darkness, the Klingon language — occasionally referred to as “Klingonese” — has made its way to Bing’s online translator.

In partnership with CBS and Paramount, Bing allows users to translate multiple languages, including English, Chinese, Italian, Japanese, Spanish and Russian to Klingon.

According to a story on Mashable, Bing worked with Dr. Marc Okrand, the man responsible for developing the Klingon language for Star Trek.

Matt Wallaert, a behavioral scientist at Bing, discussed the process of bringing the language to the translator.

Although the new film is coming out soon, this is an idea we were kicking around for awhile,

Star Trek has always looked at the future of technology and it is the most widely spoken constructed language, even though only a handful of people are actually fluent.

Klingon has been widely publicized, discussed and practiced, first written about by Marc Okrand in 1984’s The Klingon Dictionary.

Wallaert went on to discuss the history of the language.

Although there have been dictionary efforts with Klingon, there hasn’t been a true translation service with full grammatical structure until now,

He also talked about the challenges and the unique patterns of the language.

This is a geeky thing for us to do, but it’s also a fun challenge of our own teams to enhance translations and work with a language with a distinctive pattern.

So, grab your bat’leth, tip back a tall glass of bloodwine and give it a try at bing.com/translator.