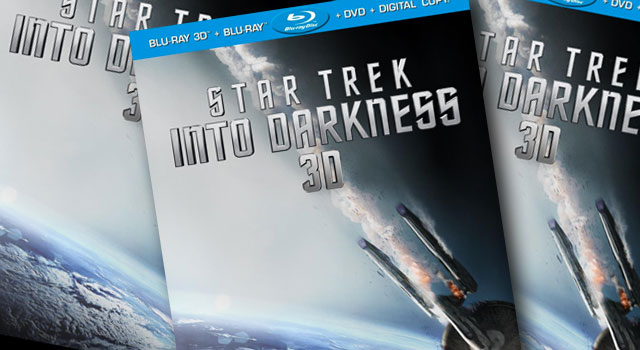 Pre-orders for Star Trek Into Darkness are already available through several online retailers, including Amazon, Best Buy and iTunes.

Just days after the film’s domestic release, each of these retailers are offering fans some exclusive extras for pre-ordering.

A firm release date has not yet been announced.

Amazon is offering a limited edition Starfleet phaser along with the Blu-ray 3D combo pack for $80. 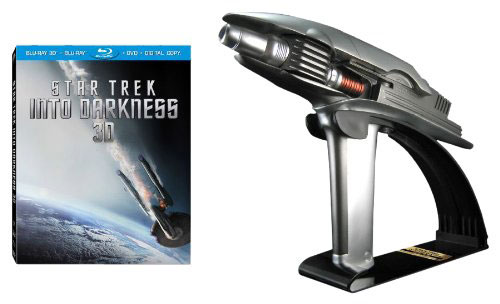 Additionally, Amazon is offering the first issue of the Star Trek: Countdown to Darkness digital comic for those who only want to buy the Blu-ray or DVD (without the phaser). The download must be used with a Kindle device or through the Kindle app.

Best Buy is offering $8 off a ticket to see the film in theaters, exclusive content available for streaming instantly on CinemaNow along with the promise of an early digital streaming version of the film prior to it hitting store shelves. 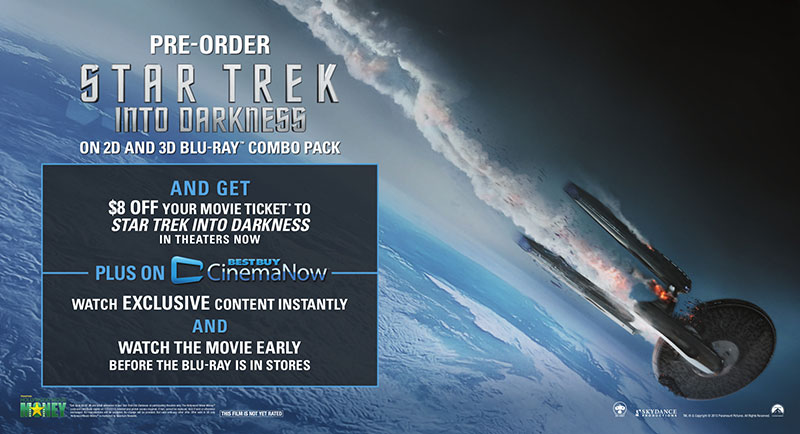 While the movie is now available for pre-order on iTunes in both standard and high definition, there aren’t any announced extras. However, if you purchase a ticket to see ‘Into Darkness’ through iTunes, you’ll be emailed a a free download code for Star Trek (2009).