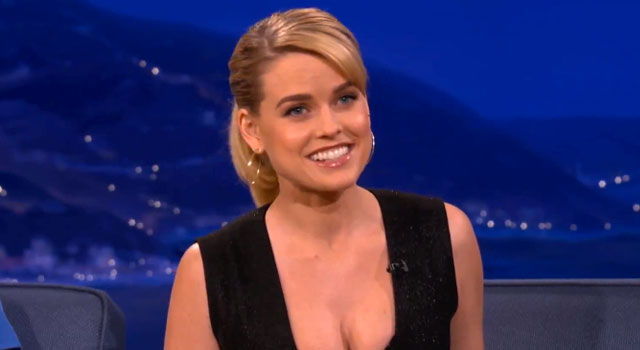 WATCH: Alice Eve On Being Cast In 'Into Darkness' and Being A Naughty Schoolgirl

Alice Eve, who stars in Star Trek Into Darkness as Carol Marcus, appeared as a guest on Tuesday’s episode of Conan on TBS.

During the appearance, Eve talked about where she was when director J.J. Abrams called her about the role and how she was initially confused if she had gotten the role or not.

When asked by host Conan O’Brien, if she knew from a young age that she wanted to be a performer. Eve responded by saying that she “did know” and that she was a bit of an exhibitionist as a child.

Eve talked about having a hard time in school and getting in trouble when she was growing up, saying “as much as I enjoyed school, I guess I didn’t see the point of it at the same time.” She went on to tell a story about her and some of her high school friends would cause trouble when one of her teacher’s backs were turned. Check out a clip of her appearance below.