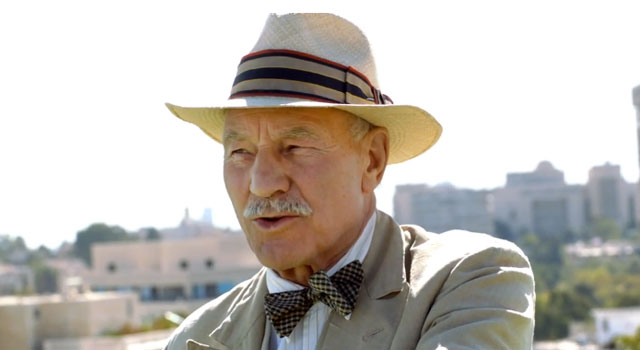 Star Trek: The Next Generation‘s Patrick Stewart is set to star in the upcoming comedy Hunting Elephants, an Israeli film from director Reshef Levy.

Stewart plays an eccentric Brit who finds himself involved with a group of Israelis planning to rob a bank in order to save their family home. The film also stars veteran Israeli actors Sasson Gabbay and Moni Moshonov.

With post production already underway, the film is expected to be released in July.

Hunting Elephants centers on a 12-year-old Israeli boy named Jonathan, who is dealt a cruel double-blow by fate. First his father is killed in a freak accident while working at the local bank. Then, not only does the bank deny fault, they also declare they’ll repossess the boy’s home. Pushed to the brink, the boy must find money fast, and so decides to rob the bank that’s offended him. But he needs a team. Unfortunately for Jonathan, the only crew he has access to is three senior citizens.

Watch the trailer (with English subtitles) below.