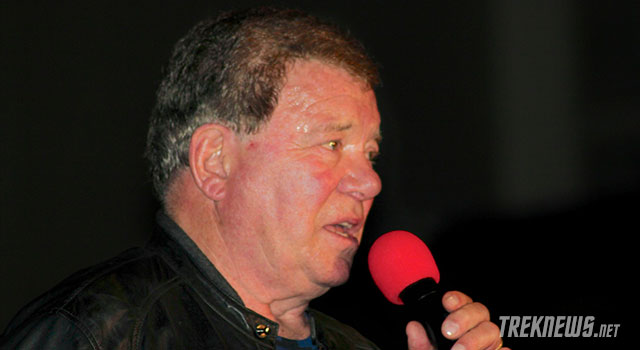 The convention kicked off on Saturday with Morgan Gendel’s “Journey to the Inner Light,” a presentation discussing the Hugo Award-winning episode of Star Trek: The Next Generation, “The Inner Light.”

In the early afternoon, Michael Dorn and Suzie Plakston took the stage. Plakston discussed her involvement with the show; playing both the Klingon K’Ehleyr in The Next Generation and the female Q on Voyager. Dorn was asked about the Star Trek television series he pitched last year, saying “unfortunately, it won’t happen,”. 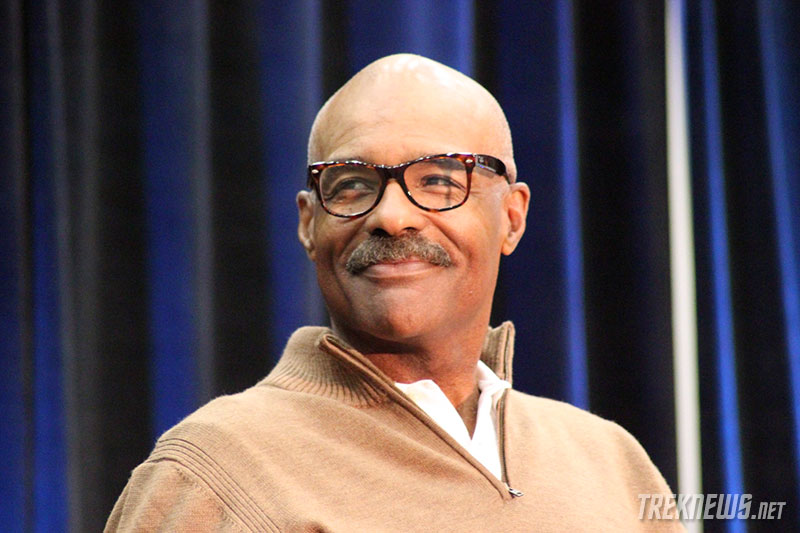 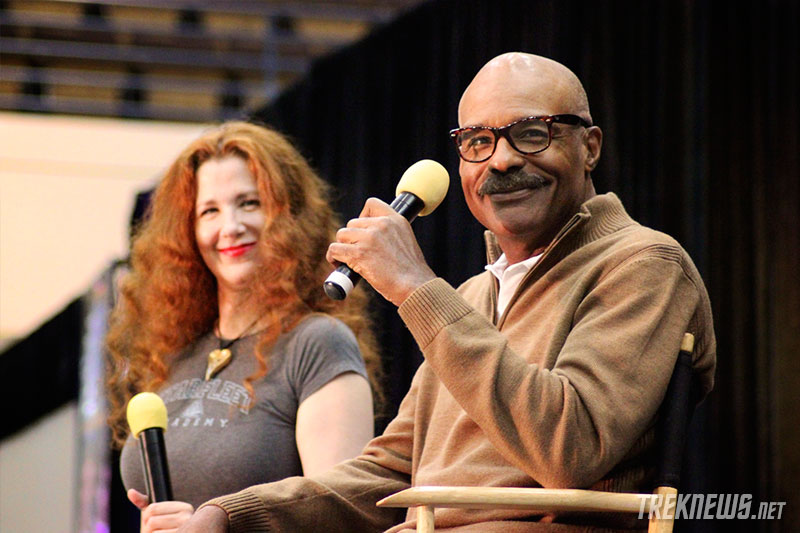 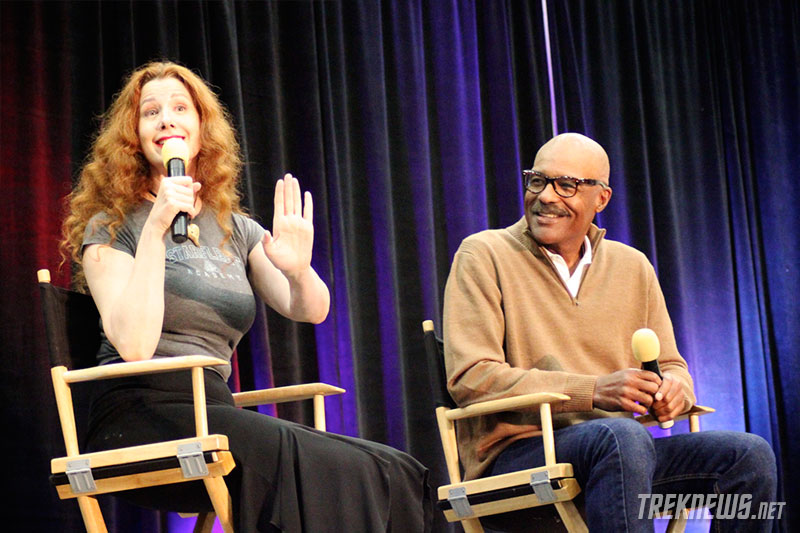 Star Trek: The Original Series star George Takei was up next. When asked which was his favorite, Takei answered “Star Trek: VI,” and joked that it should have been named “Captain Sulu to the Rescue.” 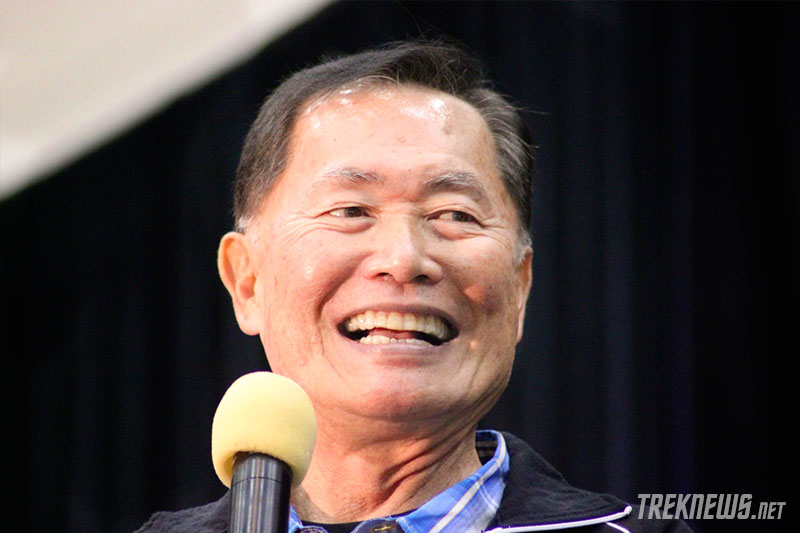 Gene Roddenberry’s former assistant and Star Trek historian Richard Arnold discussed the 20th anniversary of Star Trek: Deep Space Nine. Arnold talked about the initial concept of the show and showed rare photographs. He talked about the evolution of Quark’s makeup and Cirroc Lofton’s mid-series growth spurt, which made him the tallest member of the DS9 cast.

Former TNG costars Brent Spiner and Gate McFadden were up next. Spiner told fans that one of the best parts of working on TNG was being able to meet NASA astronauts and some of the world’s brightest scientists, including Stephen Hawking — whom appeared on the show in the sixth season episode “Descent.”

Spiner said that while they were filming TNG, he had almost no time to decompress after filming — only time to sleep. 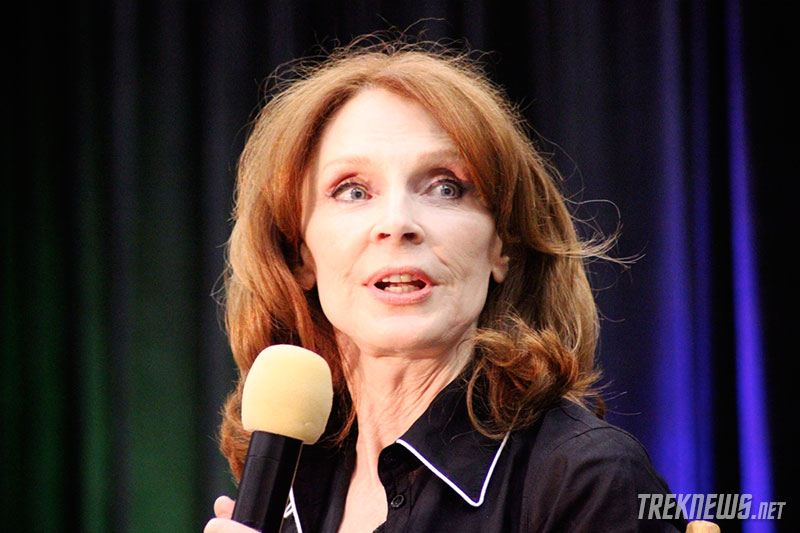 McFadden talked about her tap dancing scene with Spiner from the episode “Data’s Day.” She said that while filming the episode she was four months pregnant. She noted that her son, whom she was pregnant with at the time, is now 22-years old. 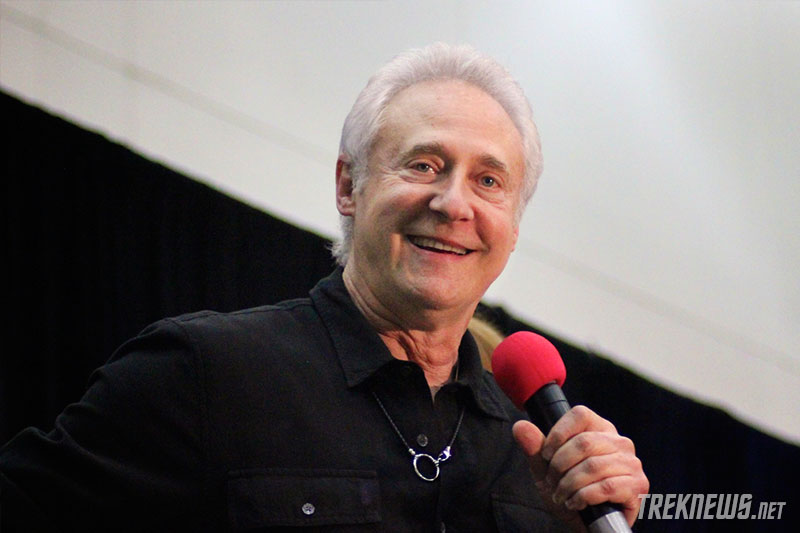 When asked if he ever watches old TNG episodes, Spiner said he’s tried to show some to his son, but at this point, he’s more interested in watching Star Wars. 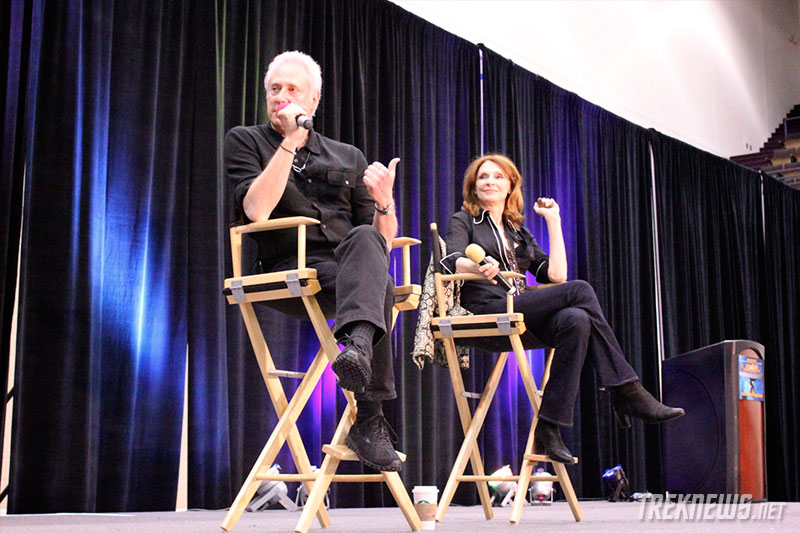 On Sunday, the second day of the convention kicked off with former Deep Space Nine castmates Rene Auberjonis and Nana Visitor discussing their time on the show and the relationship between Odo and Kira. 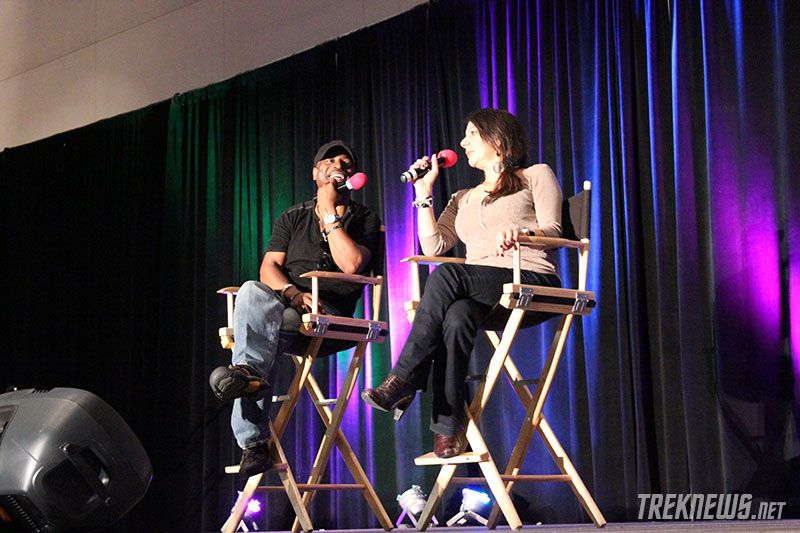 Next up, LeVar Burton and Marina Sirtis were welcomed to the stage to huge applause. The former TNG castmates discussed Star Trek’s impact on society and technology. Burton talked about the J.J. Abrams films, saying they lack Gene Roddenberry’s original vision for Star Trek.

Discussing the casting process, Sirtis said she auditioned three times for Tasha Yar and three times for Deanna Troi before she was offered the role of the counselor aboard the Enterprise-D.

Both Burton and Sirtis said they were incredibly thankful for Star Trek: The Next Generation and how playing those characters has positively affected their lives. 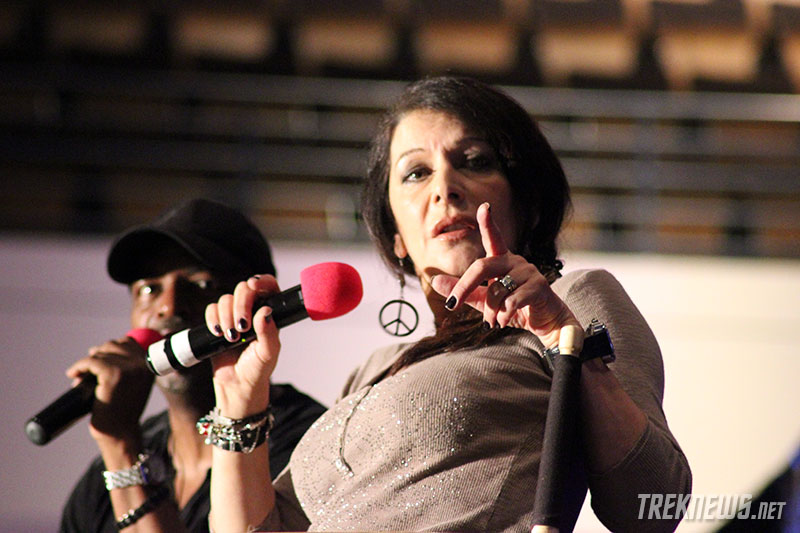 Star Trek‘s original Captain James T. Kirk, William Shatner was up next. Shatner began by talking about projects he’s currently working on. He told fans that his new album, a follow up to “Seeking Major Tom,” will be released later this year. He briefly discussed Fan-Addicts, the documentary series he began work on back in 2011, saying he hopes to launch the series in the near future. He went on to talk about a podcast project he’s working on. 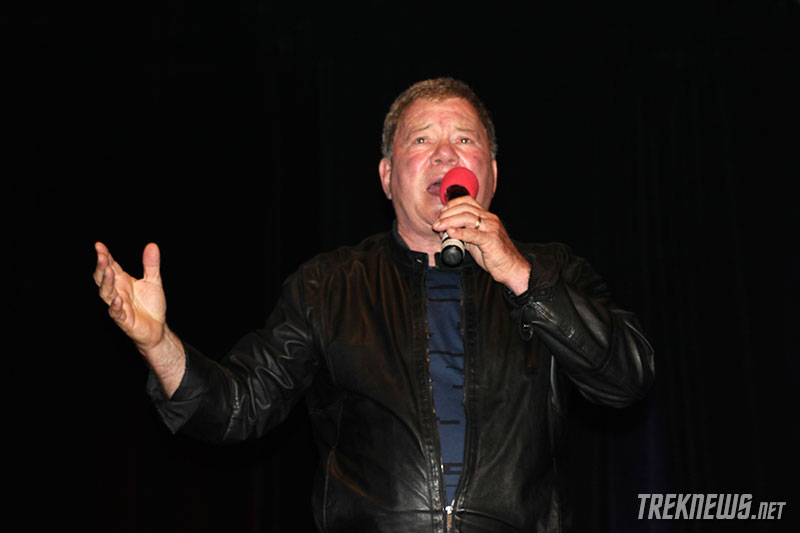 Shatner closed by mentioning his friend and Boston native Leonard Nimoy, saying they were “like family.” 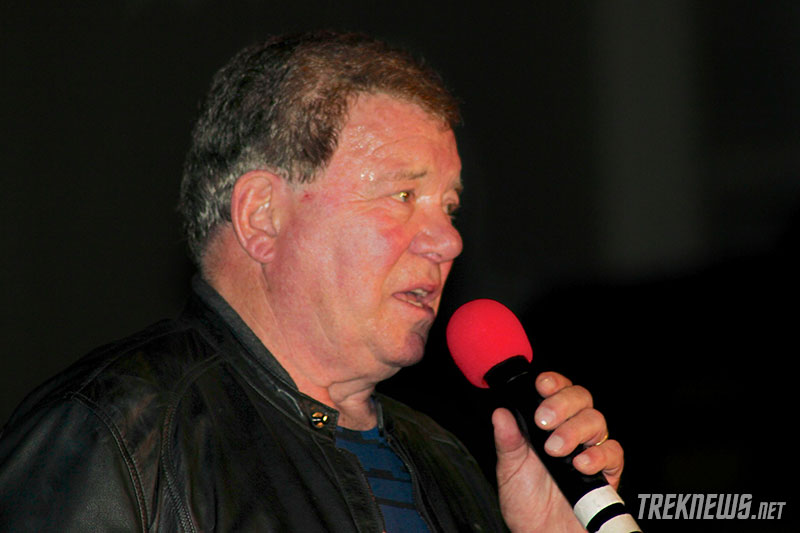 The next guest was Denise Crosby, who played Tasha Yar on TNG. Crosby said she was honored to be the Grand Marshal at yesterday’s Boston Pride Parade. Her favorite episode, she admitted, was “Yesterday’s Enterprise.” She said she loved the vulnerability and mystery of the Tasha character. She went on to say that Gene Roddenberry understood her desire to leave TNG after the first season.

“I didn’t want to just stand on the horseshoe bridge and say ‘Aye aye, Captain,’” Crosby said of her decision to leave the show. 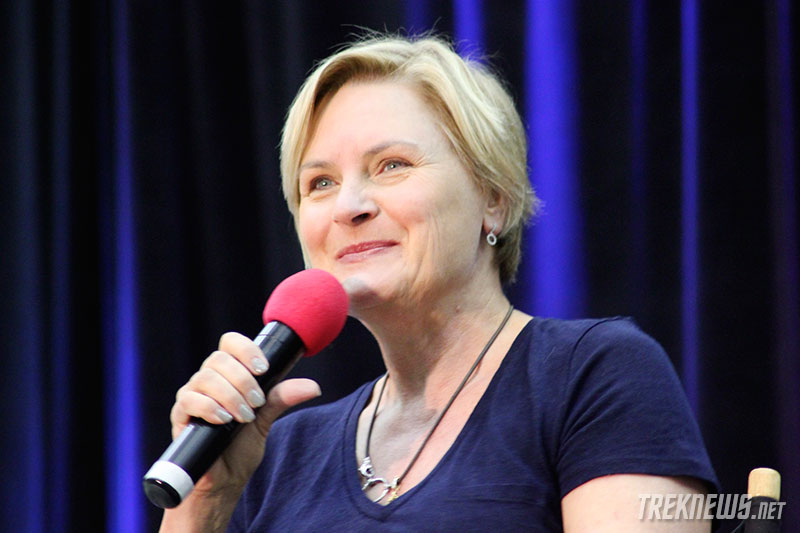 The final guest of the convention was Nichelle Nichols. She was welcomed onto the stage with huge applause and a standing ovation from the crowd. Nichols discussed her time on Star Trek along with the her career in the performing arts. 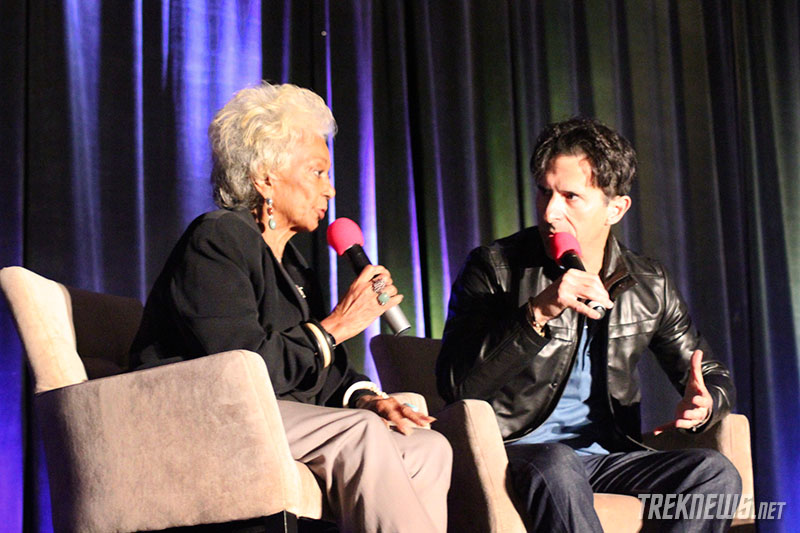 The Official Star Trek Convention will return to Boston next summer, June 21 – 22, 2014, and will again be held at the Hynes Convention Center.