Star Trek DS9's Logo Could Have Looked Much Different

Star Trek: Deep Space Nine hit the airwaves in January of 1993 with a two-part premiere episode entitled “Emissary.” The series would go on to run for seven seasons — wrapping with the critically acclaimed final episode “What You Leave Behind” in June of 1999.

The well-known title sequence of the show — depicting an asteroid traveling through space as it passes by the space station and the appearance of the gold and silver DS9 logo. The logo, which utilized a new typographic treatment for the Star Trek logo appeared much different than it had during The Original Series, The Next Generation and (at that point) six feature films.

In 1992, prior to the series’ premier, a much different Deep Space Nine logo was used in commercials and printed material before the final version was finalized.

Check out the logo that could have been, below. 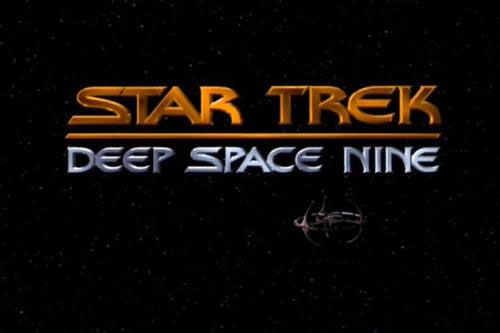 What do think about the original DS9 logo? Tell us in the comments below.