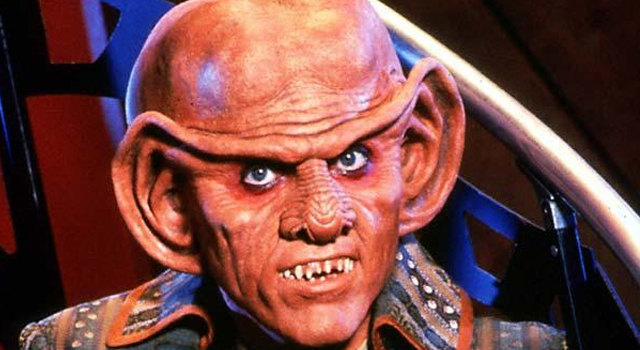 Last week, we discussed an early Deep Space Nine logo design that was (some would say thankfully) dropped in place of the familiar gold and silver version that was ultimately utilized for the series.

As a follow-up, designer Michael Okuda added some detail in the comments section of the article, saying:

“There were over 150 different title typography treatments done for DS9. The version above on the blue background was not one of them. It was a temp version used for early publicity.”

Recently, our friends over at Trekcore uncovered the first appearance of the scrapped logo, in a 1992 advertisement promoting DS9’s January 1993 premier.