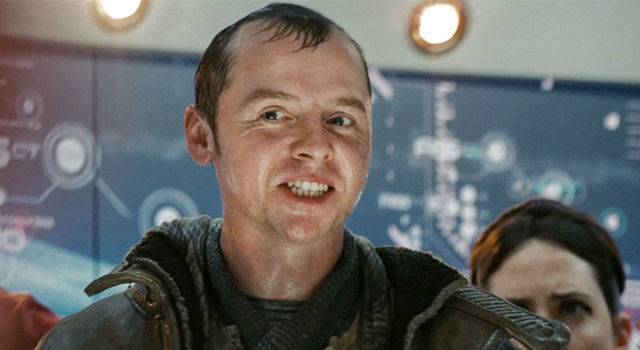 Simon Pegg Talks A New "Trek" In Time For The 50th Anniversary: They'll Make It Work

Simon Pegg, the English actor who Star Trek fans will know for his role as Scotty, is currently promoting his new movie The World’s End. Last week, at San Diego Comic-Con, Pegg discussed the new film, but also shared his thoughts on the next Star Trek film and the possibility of it being released in parallel to the franchise’s 50th anniversary in 2016.

“I would hope so,” Pegg said when asked if he thought the film would be released in time for the milestone. “it would mean we could get it out for the 50th anniversary, which would be extraordinary… obviously, it’s all in the hands of the sci-fi gods so with a bit of luck…”

Pegg will also return for Mission: Impossible 5, which begins filming next year.

“Fortunately, the ‘Mission’ films and ‘Star Trek’ come under the same Bad Robot banner,” Pegg explained. “So they’ll be able to make it work… but I think I’m going to be a bit busy next year.”

Check out the interview, courtesy of Collider, below.