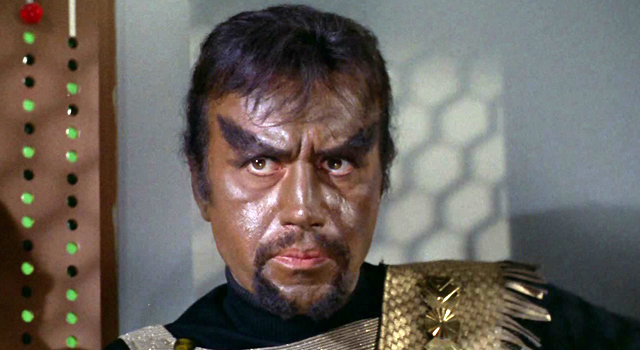 Michael Ansara, best known for his role as the Klingon commander Kang on The Original Series, Deep Space Nine and Voyager, died Wednesday at the age of 91 at his home in Calabasas, California.

Ansara’s film and television roles outside of Star Trek include Action in Arabia, Soldiers of Three, The Golden Hawk, Brave Warrior, Julius Caesar, The Lone Ranger, Broken Arrow, The Outer Limits, Voyage to the Bottom of the Sea, Mission: Impossible, The Long Road Home, Batman Beyond, and many more.

Watch Ansara as Kang in the Star Trek: The Original Series episode “Day of the Dove”, below.