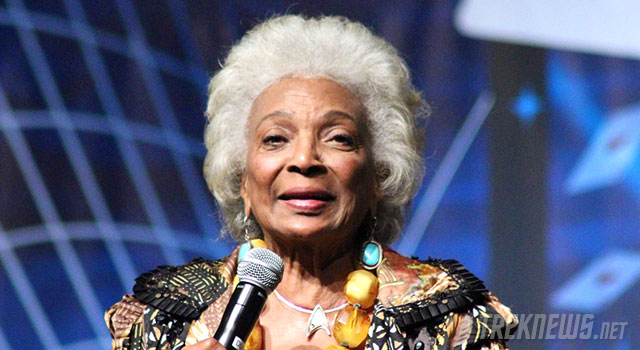 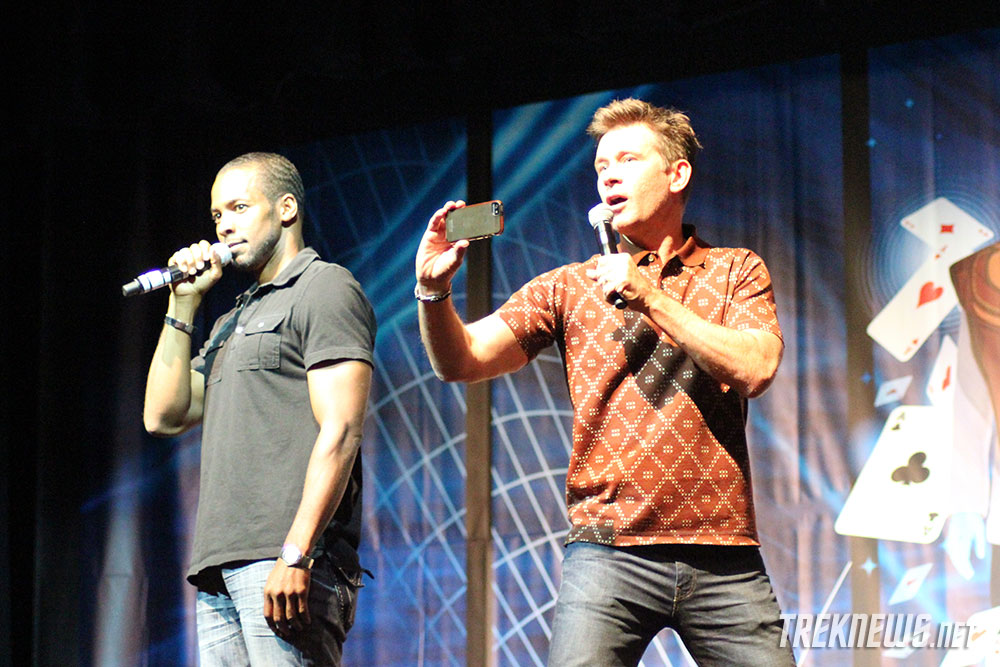 The reunited Connor Trinneer and Anthony Montgomery skewed from the convention standard question and answer session as they encouraged the Vegas audience to participate in a massive “Harlem Shake.” The video is available on Trinneer’s Instagram account. 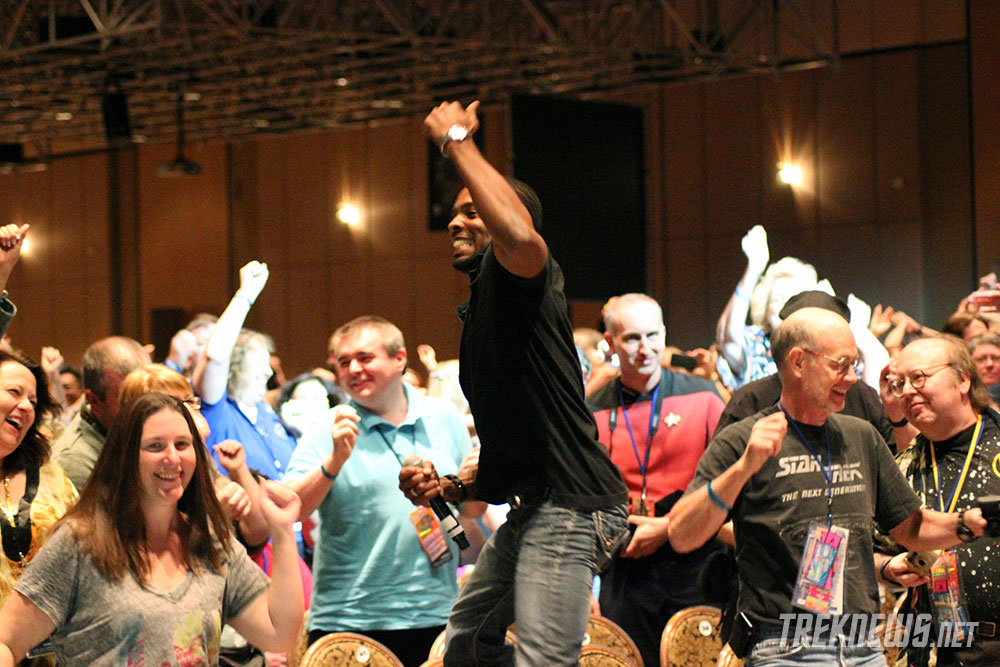 Following the impromptu dance session, Trinneer and Montgomery talked about their current projects. Trinneer told the fans that he’s now a stay-at-home dad and he’s recently been showing episodes of Enterprise to his son. Although he avoids episodes where “daddy isn’t kissing mommy,” in reference to some of his onscreen romances. 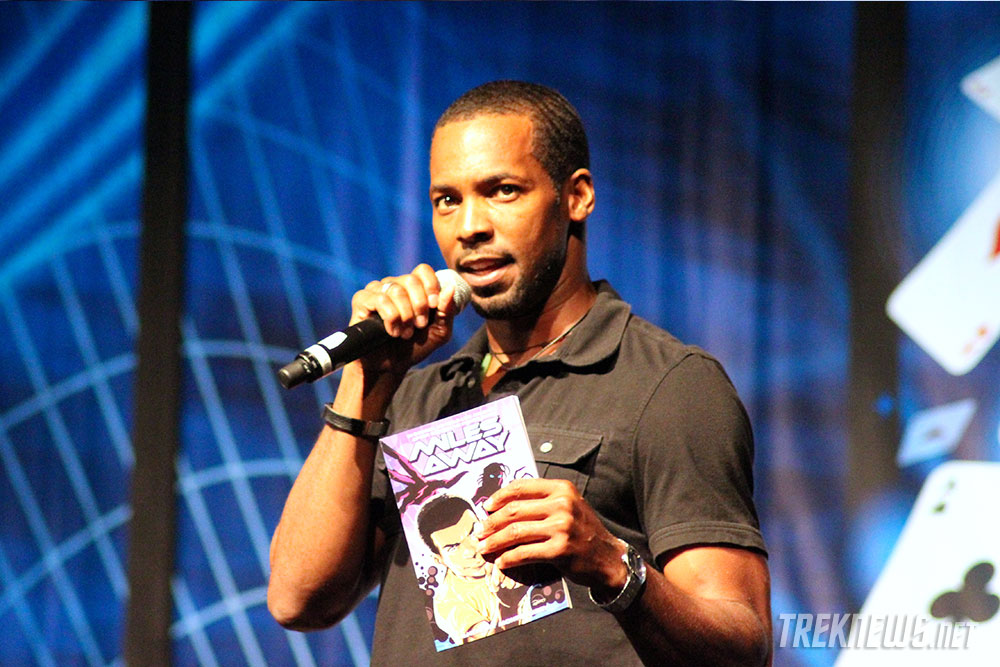 Montgomery has been busy with his graphic novel, “Miles Away,” telling fans he’s working on turning it into an animated series. 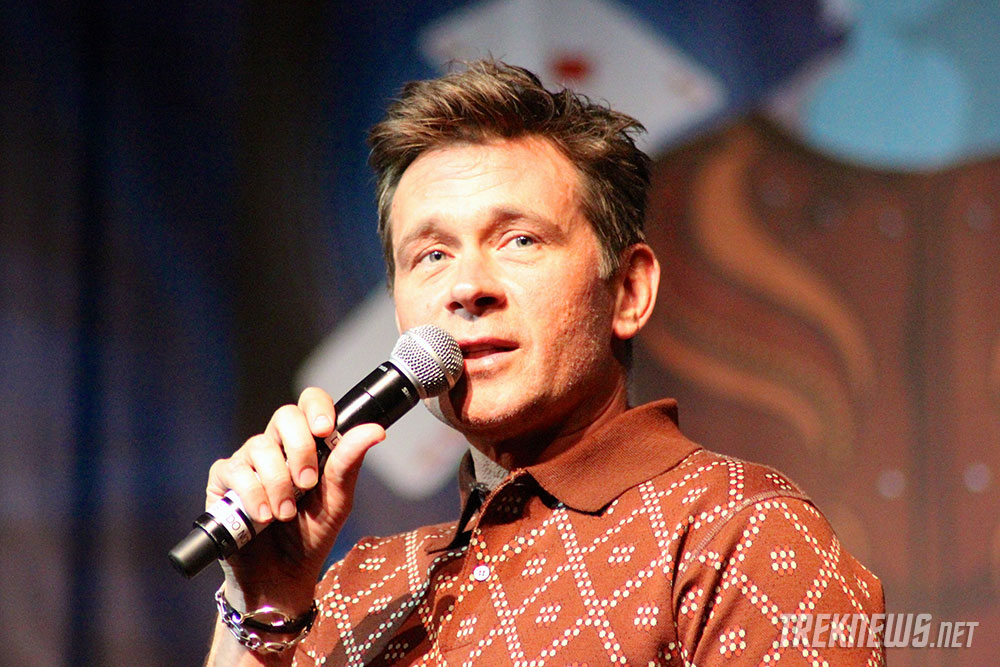 They went on to discuss the rumors of a fifth season of Enterprise on Netflix, saying that while they’d both love to return to the NX-01, they doubt it will happen. 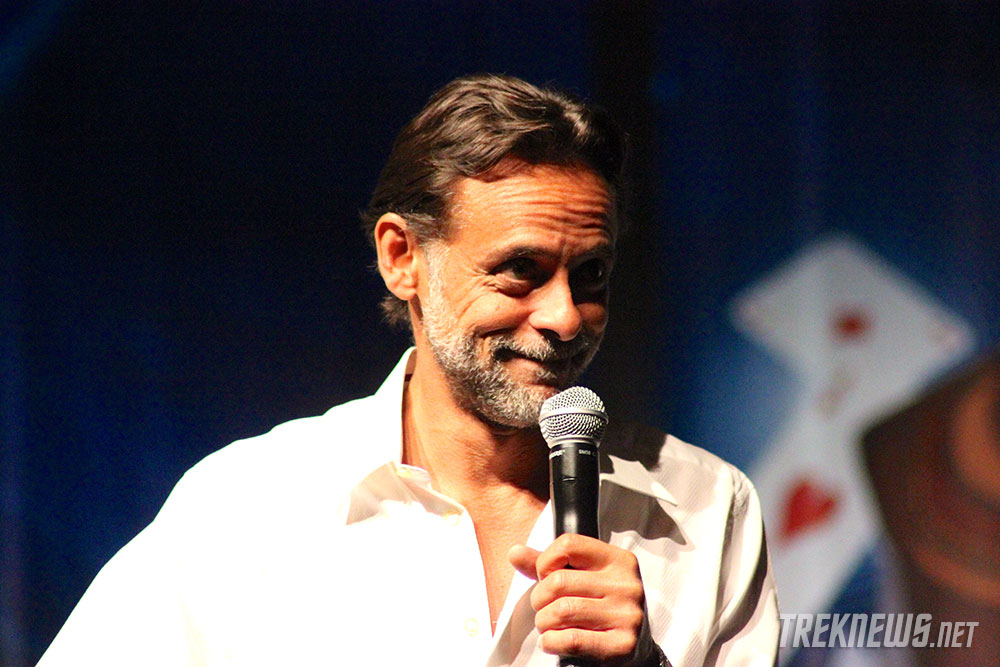 Alexander Siddig made a rare convention appearance later in the day. Siddig discussed his time on DS9, telling fans that he likens Bashir’s genetically enhanced reveal on DS9 to a “coming out.” Siddig apologized to the fans for his uncle Malclom McDowel’s negative comments towards Star Trek.

Siddig, who originally auditioned for the role of Sisko, says he had no gravitas and wouldn’t have been a good fit at the time. He went on to tell fans “I think Star Trek gives you a really beautiful vision of today.” 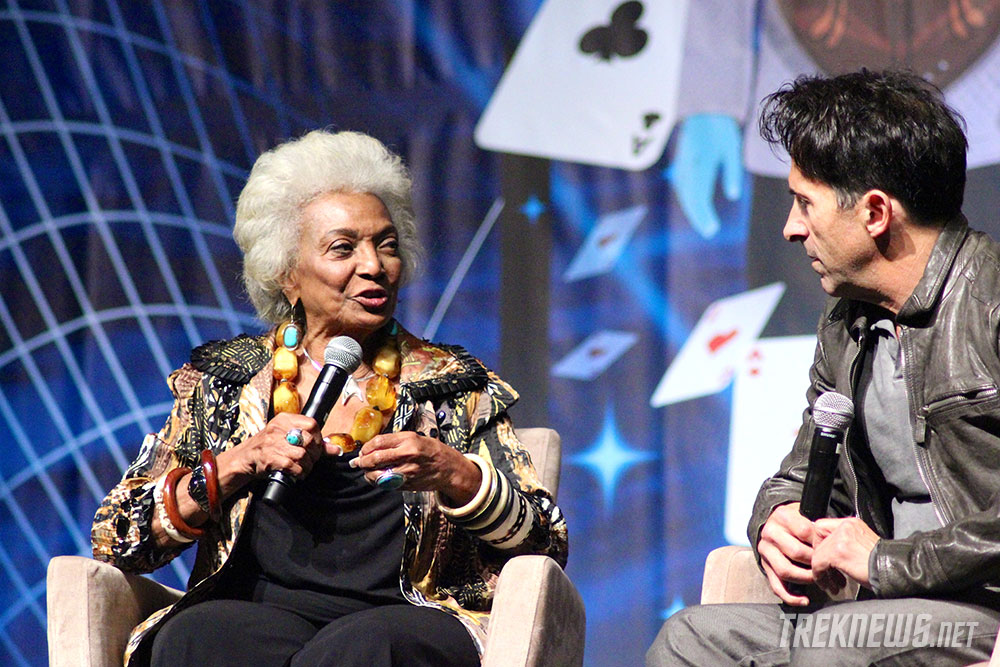 The ever-beautiful Nichelle Nichols closed was welcomed on stage to a thunderous applause. Nichols, who seems to have a genuine affection for the fans discussed her personal fashion with Creation Entertainment’s co-owner Adam Malin, “I see it, I like it, I buy it,” on how she chooses what she wears.

Nichelle would go on to talk about the first interracial on screen kiss. When asked “Was it good?” she answered “Oh, yes!” As her time on stage came to a close, she told the fans in attendance “I love you.”

In addition to the celebrities on stage, fans in attendance were treated to a number of thought-provoking discussion panels. Including an update on the restoration of the discarded Enterprise-D bridge and the ongoing project to turn it into a traveling museum, a look back at man responsible for the iconic look of the original Enterprise, Matt Jeffreys, hosted by his brother, Richard, and some classic Star Trek talk with “The Trouble With Tribbles” writer, David Gerrold. 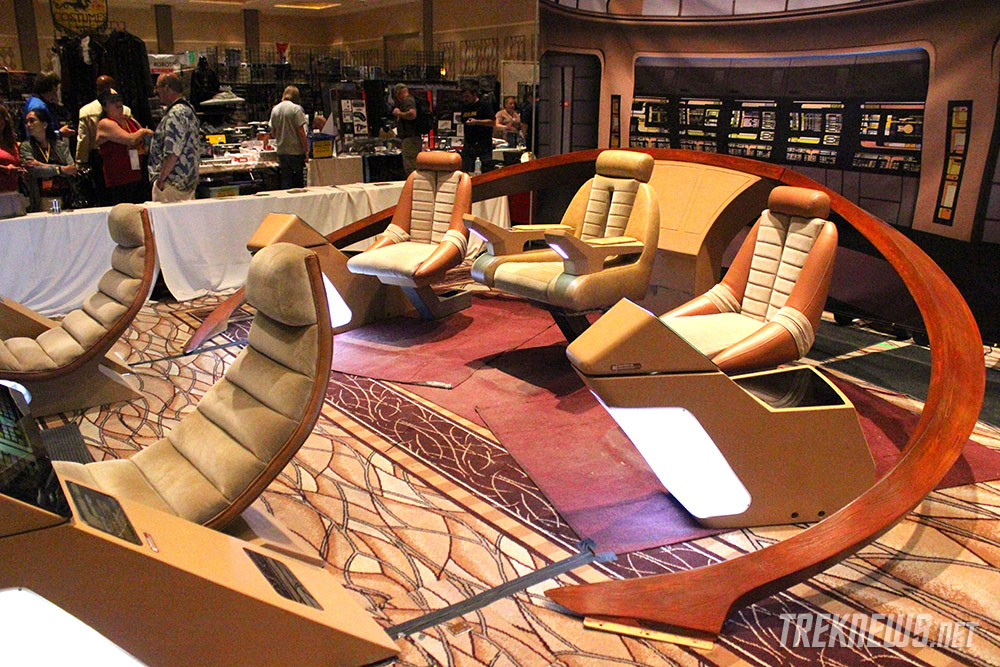 The restored Enterprise-D Bridge on display in the vendors’ room