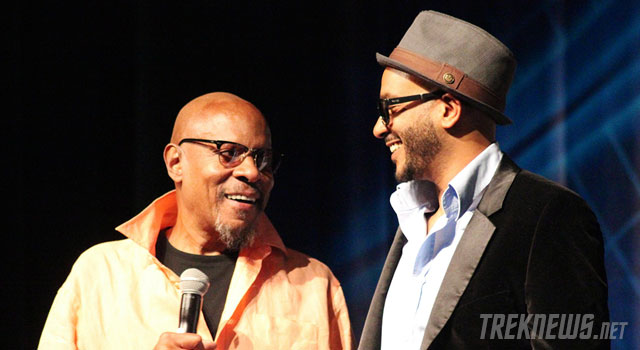 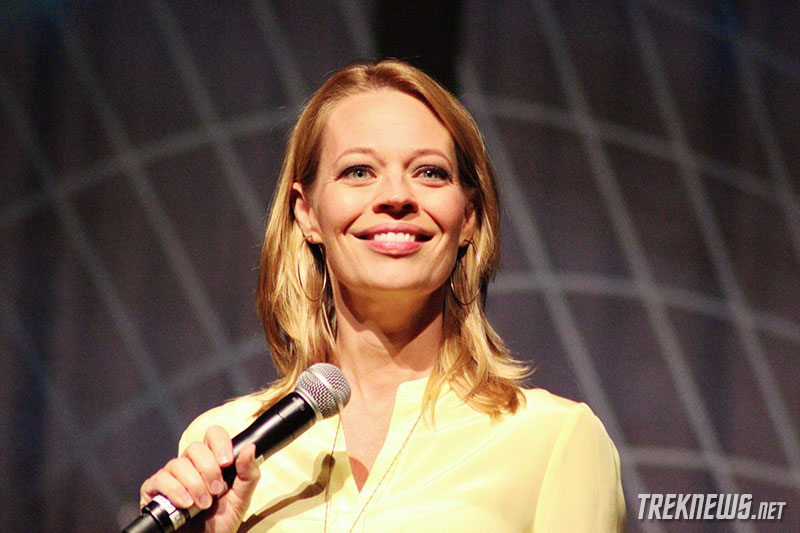 Voyager‘s Jeri Ryan kicked off the day’s events bright and early with a discussion on her time as Seven of Nine and talked about joining the show during its third season, saying “it’s like being the new kid in school.”

Jeri went on to say that she wasn’t a big sci-if fan growing up, but recently started watching some with her daughter and turning into a huge geek. On the topic of the Borg makeup, she said “It kinda sucked.” 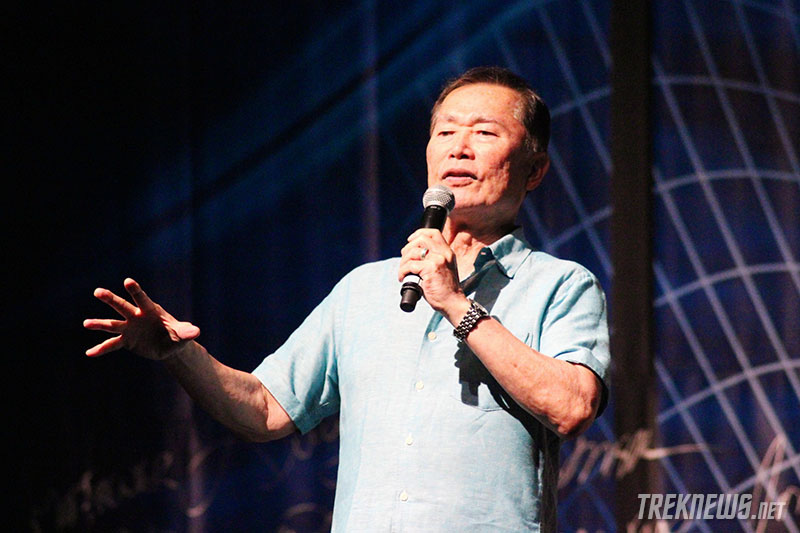 TOS star, George Takei was up next. Discussing the origins of Star Trek and its creator Gene Roddenberry, Takei said Roddenberry’s original philosophy and diverse vision of the future is what keeps Star Trek going to this day. 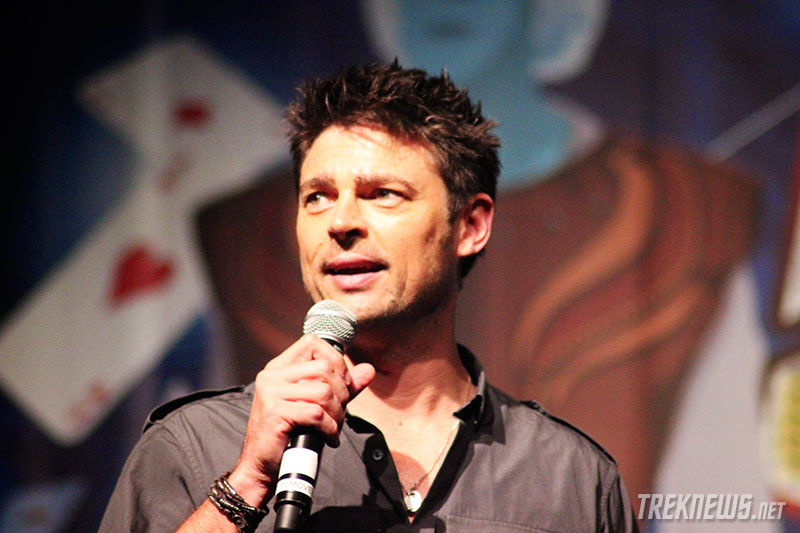 Next, Star Trek (2009) and Star Trek Into Darkness star, Karl Urban took the stage. Urban recited his lines from the 2009 film, which received a huge ovation from the attentive fans in Las Vegas. Urban said his genuine love of the original Star Trek made him want to be part of the reboot. Discussing his callback meeting for the role of Bones, Urban said he “knocked it out if the park”.

“We’re at the beginning of the five year mission — let’s go explore space,” Urban said while discussing the next Star Trek film.

Discussing his predecessor, the original “Bones”, DeForest Kelley, Urban said he would have really liked to have had the opportunity to have met him. “His heroism isn’t defined by his physicality” Urban said of the character. 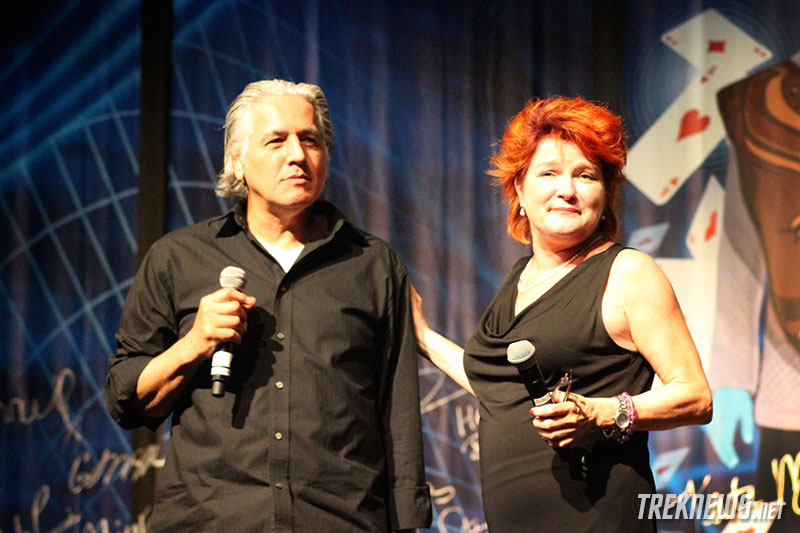 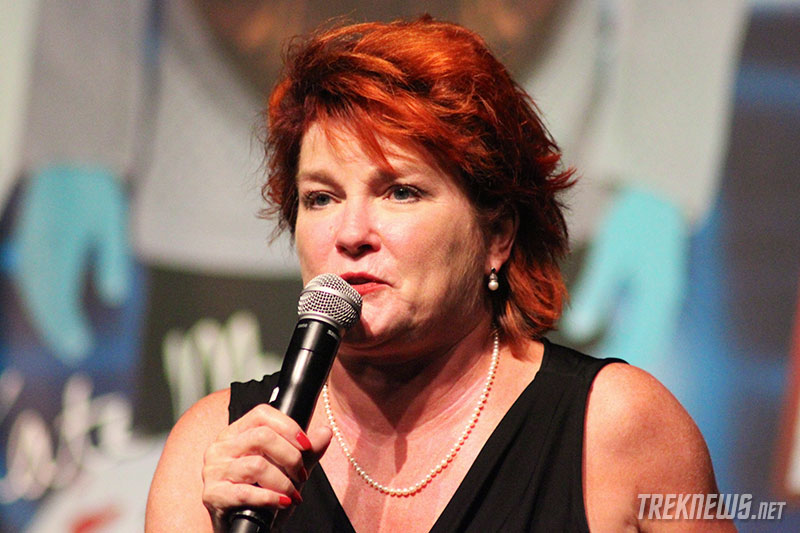 “I would love to do it again.” she said of the Captain Janeway character. 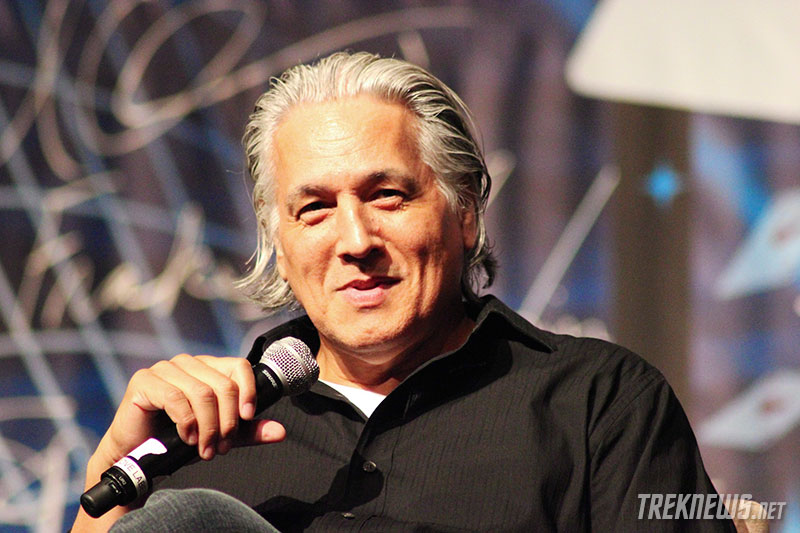 Beltran recalled auditioning for the part in Star Trek III: The Search for Spock, with Leonard Nimoy. Beltran said when he auditioned he had no idea what a Klingon was. 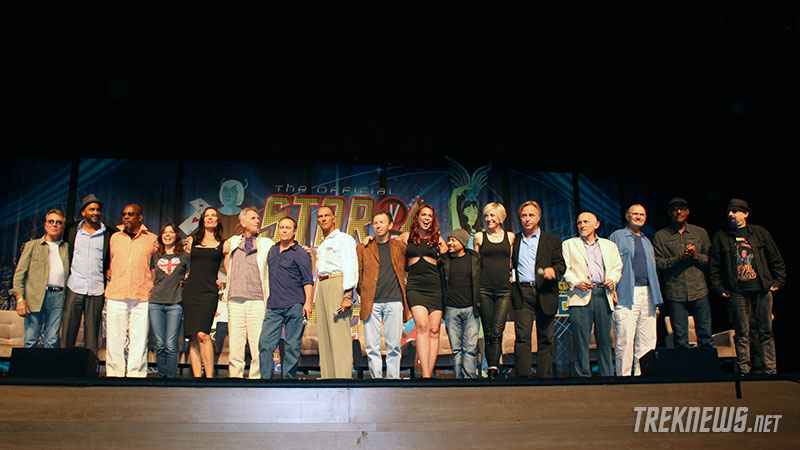 The cast of Deep Space Nine

“That was real,” Cirroc Lofton said of the love he and Avery Brooks had of each other playing father and son on the show. “This journey for Sisko, had everything to do with his son,” Brooks added.

Armin Shimerman said even as a Ferengi, Quark had the most humanity of any character on the show. He noted that his favorite episode was “Far Beyond the Stars”.

James Darren, who played the holographic lounge singer Vic Fontaine, jokingly said of his character “I was cool!”

James Darren and Avery Brooks performed an impromptu a cappella version of Frank Sinatra’s “The Best is Yet to Come” for the fans in Las Vegas. 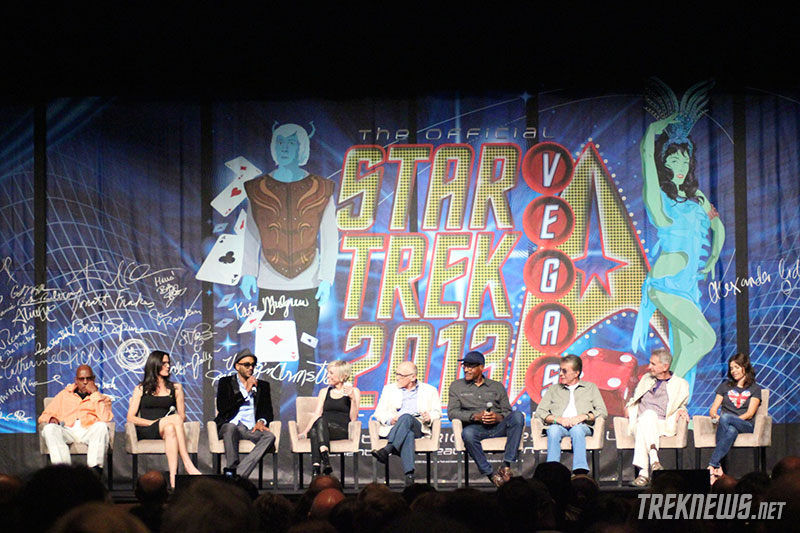 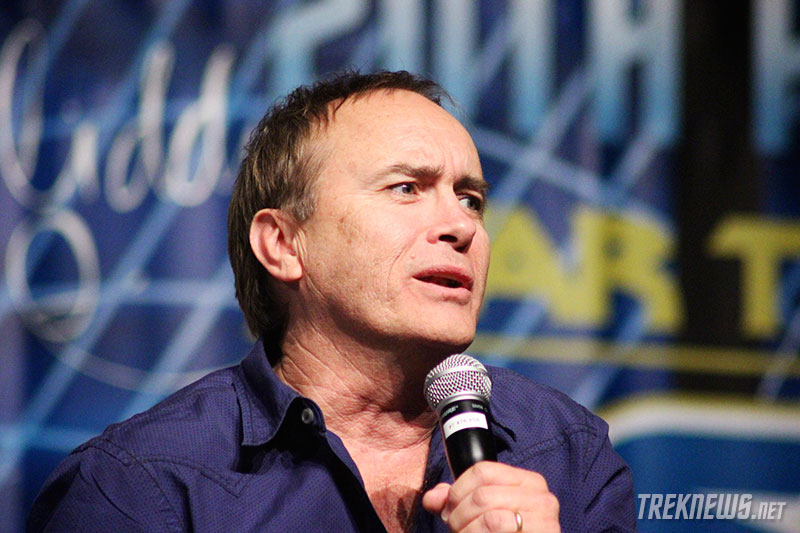 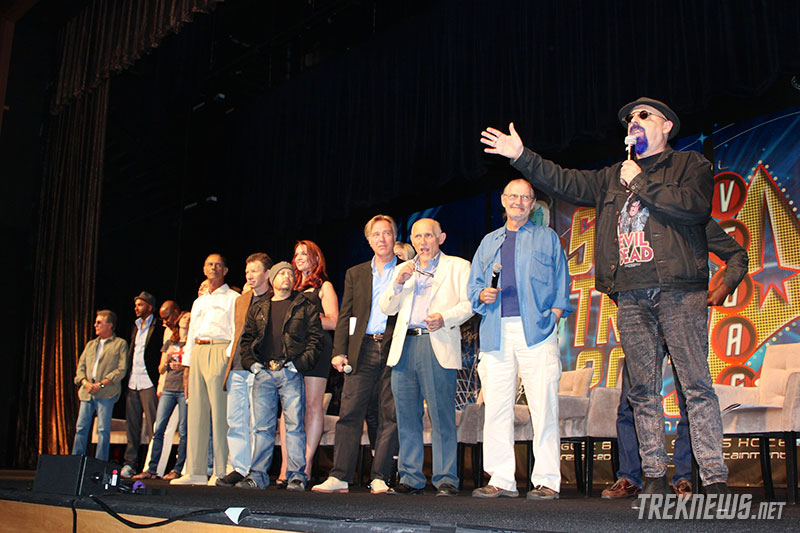